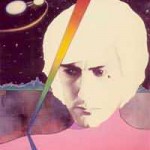 Uri Geller – Stranger Than Fiction by Doug Yurchey The famous mentalist and performer needs no introduction.  He has been ‘wowing’ crowds for decades starting in the 1970s with his extraordinary abilities.  Uri Geller has been on the edge of controversy; angering debunking skeptics who will not accept the phenomena. In truth, outside of ‘failing’ on … END_OF_DOCUMENT_TOKEN_TO_BE_REPLACED