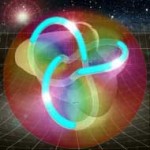 Where did the aether go ? by Brendan D. Murphy Though previously a popular scientific concept (in the form of the lumeniferous aether), the notion of an aether (ether) had essentially become taboo in science after the infamous Michelson-Morley (M-M) experiment supposedly disproved its existence in 1887, even though at best (or worst) all it did was seemingly to disprove the … END_OF_DOCUMENT_TOKEN_TO_BE_REPLACED