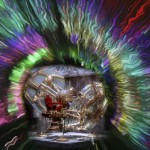 A Time-Travel story #2 of IMAGINARY Series! by TS Caladan Billions of people on Earth were mesmerized when the Associated Press finally released the first photos from the much talked about “The World Monitor.” The public was informed by multi-medias on May 1, 2015 that ‘pictures had been received from outer space’ and had been analyzed for more than a year. Rumors or … END_OF_DOCUMENT_TOKEN_TO_BE_REPLACED