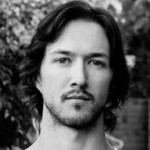 by Brendan D. Murphy, author The Grand Illusion: A Synthesis of Science and Spirituality - Book 1 (The following passage is excerpted from Chapter 1 of TGI) In a time of drastic change, it is the learners who inherit the future. The learned usually find themselves equipped to live in a world that no longer exists. —Eric Hoffer Kuhn states in The Structure of Scientific … END_OF_DOCUMENT_TOKEN_TO_BE_REPLACED