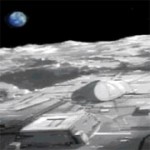 World-Mysteries Guest Writer Doug Yurchey offers up a controversial short story. MOONCHILDREN  by Doug Yurchey PRE-STORY:  After Roswell, a secret ‘Trilateral’ group of elite/alien powers created a base on the Moon unknown to the people of Earth.  The base (code name ‘Mayflower’) was established in 1951.  Twelve years later…Mayflower consists of more than ten thousand … END_OF_DOCUMENT_TOKEN_TO_BE_REPLACED