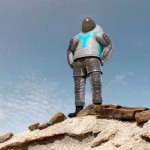 #4 of IMAGINARY Series! by TS Caladan The mysterious figure or ‘visitor’ that resembled a character in the new ‘Tron’ film was called “Y-Man” in the London newspapers. Rather like one of the ‘X-Men,’ the name caught on and the strange ‘man’ was seen again and again during the fortnight of December 10 to December 24, 2012. Above photos, submitted by Liam Fieldcorn of … END_OF_DOCUMENT_TOKEN_TO_BE_REPLACED