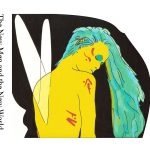 Announcing 10th Published Book by TS Caladan aka Doug Yurchey:  "The New Men and the New World". I'm proud to announce my 10th published book by TWB Press. In five years as an author, I've written 2 non-fiction novels and 8 books I call “science-faction” or fantasy that have direct correlation with the real world. My “stories” are 'delivery systems' for what I sincerely … END_OF_DOCUMENT_TOKEN_TO_BE_REPLACED 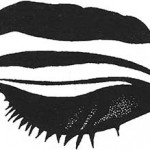 Harvest by Tray Caladan      On March 15th, 2014, we woke to find that on our televisions; already in our newspapers; on radio and over every media service worldwide…Earthlings were bombarded with the Big News!  At 3AM London time, first reports flooded the United Press of a battle between alien spaceships in the upper ionosphere!  What appeared visually and on radar screens … END_OF_DOCUMENT_TOKEN_TO_BE_REPLACED