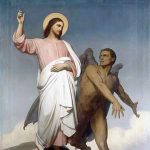 Again, the devil taketh him up into an exceeding high mountain, and sheweth him all the kingdoms of the world, and the glory of them;And saith unto him [Jesus], All these things will I give thee*, if thou wilt fall down and worship me. Then saith Jesus unto him, Get thee hence, Satan: for it is written, Thou shalt worship the Lord thy God, and him only shalt thou … END_OF_DOCUMENT_TOKEN_TO_BE_REPLACED 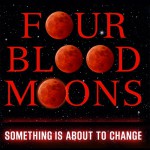 On April 15, 2014, there will be a total lunar eclipse. It will be the first of four consecutive total eclipses in a series, known as a tetrad (the remaining three eclipses will take place on October 8, 2014, April 8, 2015, and September 28, 2015). It will be one of 8 tetrads during the 21st century AD. Like all eclipses, it is probable that the moon will appear to be a dark … END_OF_DOCUMENT_TOKEN_TO_BE_REPLACED 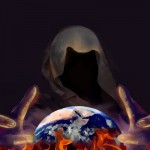 Is Satan Alive and Well on Planet Earth? by I. Penn To make correct decisions you must know your adversary, you can't defeat an enemy you don't know. By reviewing ancient documents and what was written all those years ago, maybe we can get a picture of who or what is our adversary and what will happen as we approach the “Tribulation”.   The turn of the millennium went … END_OF_DOCUMENT_TOKEN_TO_BE_REPLACED