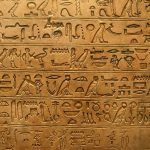 Learning a new or rather old, dead language can be rather fulfilling. It almost takes you back to when you were a kid, watching Indiana Jones or Tomb Raider movies. One such ancient but appreciated language is the Egyptian Hieroglyphs. They are much like an art form. This was a way of communicating for ancient Egyptians. Instead of typical letters used in modern languages, like … END_OF_DOCUMENT_TOKEN_TO_BE_REPLACED