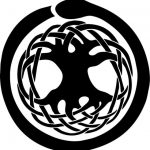 by Robert Bruce Baird Seers should examine all inputs as Jung did. Carl Jung wondered if he might be crazy when he had visions of the World War before the first of these conflagrations in the 20th Century came to pass. This made him a lot more desirous of understanding from whence his prophetic visions might have come as he continued to become one of the most erudite and … END_OF_DOCUMENT_TOKEN_TO_BE_REPLACED