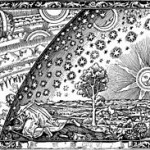 Introduction Up to the 19th century in the western world, creation was quite simple, God creation as depicted in Genesis in The Bible, (other world cultures had other origins of creation), then along came Darwin, if you didn't believe in God or found the creation story too difficult, this was the answer, we evolved.  Today we have the two groups, … END_OF_DOCUMENT_TOKEN_TO_BE_REPLACED