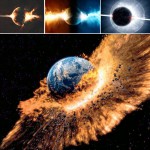 by TS Caladan What if one cosmic event explained the existence of comets, asteroids and also Kuiper Belt Objects? ‘New Horizons’ probe successfully completed a 9-year journey to Pluto and the scientific world is excited.  But… Astronomers have not considered a remote possibility and yet a simple ‘theory’ or speculation that physicists could readily understand. Instead, … END_OF_DOCUMENT_TOKEN_TO_BE_REPLACED