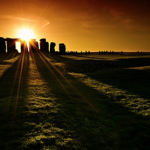 THE SOLAR SECRET OF SCOTLAND'S MAGIC PIPER by Ashley Cowie Fairytales, folklore, legends and myths carry the values and beliefs of their culture of origin. In the pre-scientific world, unpredictable natural events and unexplainable occurrences were rationalized with an array of malevolent and benign mystical forces; faeries, gods and goddesses, angels and demons, all of … END_OF_DOCUMENT_TOKEN_TO_BE_REPLACED 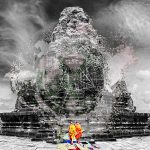 by Ashley Cowie Part 5/5 So far in this series of articles exploring the powerful Hindu-Buddhist Angkor Empire in Southeast Asia, we have examined the cosmological, symbolic and mythical components found within temple architecture. Now we will systematically reverse-engineer the temple builders methods of archaeoastronomy, as approved by professors such as Stencel, … END_OF_DOCUMENT_TOKEN_TO_BE_REPLACED 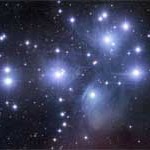 Image and Caption source: Astronomy Picture of the Day Perhaps the most famous star cluster on the sky, the Pleiades can be seen without binoculars from even the depths of a light-polluted city. Also known as the Seven Sisters and M45, the Pleiades is one of the brightest and closest open clusters. The Pleiades contains over 3000 stars, is about 400 light years away, and … END_OF_DOCUMENT_TOKEN_TO_BE_REPLACED

Hopi Creation Myth The world at first was endless space in which existed only the Creator, Taiowa. This world had no time, no shape, and no life, except in the mind of the Creator. Eventually the infinite creator created the finite in Sotuknang, whom he called his nephew and whom he created as his agent to establish nine universes. Sotuknang gathered together matter from the … END_OF_DOCUMENT_TOKEN_TO_BE_REPLACED