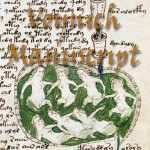 Voynich Manuscript Written in Central Europe at the end of the 15th or during the 16th century, the origin, language, and date of the Voynich Manuscript (named after the Polish-American antiquarian bookseller, Wilfrid M. Voynich, who acquired it in 1912) are still being debated as vigorously as its puzzling drawings and undeciphered text. Described as a magical or … END_OF_DOCUMENT_TOKEN_TO_BE_REPLACED