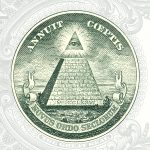 There are "conspiracy theory" explanations that can no longer be dismissed as the paranoid delusions of far-right crackpots. Indeed, they have become a necessary response to a risky and increasingly globalized world, in which everything is connected but nothing adds up. Anyone who engages critically with the phenomenon of conspiracy theories soon encounters a conundrum. … END_OF_DOCUMENT_TOKEN_TO_BE_REPLACED