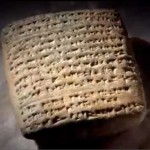 The Lost Empire of Hittites Around 5000 BC, the region centered in Hattusa, become the core of the Hittite kingdom. The Hittites were an ancient Anatolian people, who established an empire at Hattusa in north-central Anatolia around the 18th century BC. This empire reached its height during the mid-14th century BC under Suppiluliuma I, when it encompassed an area that included … END_OF_DOCUMENT_TOKEN_TO_BE_REPLACED 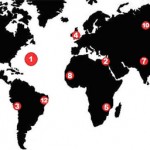 Lost Age of Supermen by Doug Yurchey      The physical evidence of precisely cut and finely trimmed megaliths, massive statues, obelisks and pyramids from prehistoric times tells us of a lost age; an age of supermen and superwomen far beyond Star Wars and Star Trek.     The physical evidence of Cro-Magnon brain cavities LARGER than modern humans (contrary to popular beliefs) … END_OF_DOCUMENT_TOKEN_TO_BE_REPLACED 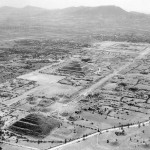 A few weeks ago, I turned to find myself staring at half a century of living. One of the many gifts that I received from my wife for having reached this "golden" birthday, was a book entitled TEOTIHUACAN, THE CITY OF GODS. It was a book that I noticed at the "Splendors" exhibit (3000 years of Mexican Art) in 1991 at the San Antonio Museum of Art. Since Teotihaucan happens … END_OF_DOCUMENT_TOKEN_TO_BE_REPLACED