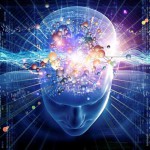 The Unity of Life & Consciousness By Will Hart In the early decades of the 21st century scientists, and various independent researchers, have been blazing trails into new frontiers. The mechanical models of the universe are being sloughed off and a fresh, revolutionary vision has emerged. They are proving that we are physical, biological and electromagnetic (EM) … END_OF_DOCUMENT_TOKEN_TO_BE_REPLACED