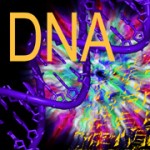 © Brendan D. Murphy Note: This essay is adapted from material in, The Grand Illusion Parts 1 & 2. Presented with author’s permission. Something that is not particularly widely known about the mind-body connection today is that, since the early 1940s, a genuine microbiological framework for understanding the power of suggestion, intention and belief has been … END_OF_DOCUMENT_TOKEN_TO_BE_REPLACED

‘Junk’ DNA: An Interdimensional Doorway to Transformation? Brendan D. Murphy, 2011 Note: This essay is adapted from material in, The Grand Illusion Parts 1 & 2. Presented with author's permission. [ad name="Adsense160x600blue"] A framework for understanding the mind-body interaction The placebo effect and mind-body connection are well-documented phenomena and … END_OF_DOCUMENT_TOKEN_TO_BE_REPLACED 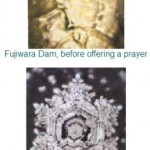 Once upon a time the gods were taking over by lot the whole earth according to its regions, [...] So by just allotments they received each one his own, and they settled their countries; and when they had thus settled them, they reared us up, even as herdsmen rear their flocks, to be their cattle and nurslings; only it was not our bodies that they constrained by bodily force, … END_OF_DOCUMENT_TOKEN_TO_BE_REPLACED