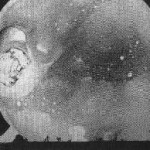 Opposite of the Atomic Bomb by Tray Caladan  Eighty years ago, MEN developed and unleashed a hideous ‘monster’ upon our world called the Atomic Bomb.  Einstein wrote of nuclear feasibility and the Bomb should be built as a deterrent to WAR.  I mean; who would dare wage war in an age of such awesome destructive power?      We can debate the making of the Bomb until the … END_OF_DOCUMENT_TOKEN_TO_BE_REPLACED