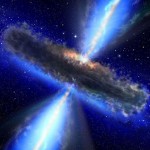 Faster than Speeding Light  Copyright © 2005- 2011 by Ernest (Shine) Richards.  All Rights ReservedPresented with permission. Shine Richards' site is dedicated to honoring, exploring and understanding Earth and Earth's energetic connections to its life-forms and to the whole cosmos. There you will also find links to the work of many other researchers involved with Earth … END_OF_DOCUMENT_TOKEN_TO_BE_REPLACED