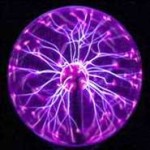 Suddenly, the ‘big picture’ has changed. For decades we believed that gravity alone rules the macrocosm. Then an avalanche of space age discoveries revealed one of the great surprises of the twentieth century–a universe driven by electric currents and punctuated by cosmic violence.From the smallest particle to the largest galactic formations, a web of circuitry connects and … END_OF_DOCUMENT_TOKEN_TO_BE_REPLACED