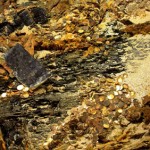 The U.S. Eleventh Circuit Court of Appeals has denied Odyssey Marine’s motion to stay a decision ordering the commercial salvor to return coins and objects to Spain.  The so-called treasures of the "Black Swan" (the Nuestra Senora de las Mercedes) were taken from the sunken 19th century Spanish galleon, discovered by Odyssey in 2007 “lying at a depth of approximately 1100 … END_OF_DOCUMENT_TOKEN_TO_BE_REPLACED