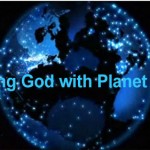 The attempt to actively manipulate Earth's atmosphere in the name of an imaginary climate threat based on a theory with absolutely no backing by empirical evidence and only supported by computer models is utterly irresponsible at best and criminal at worst. It is a lunacy gone wild that we all of sane consciousness must stand up against. Adding to such attempts the huge profit … END_OF_DOCUMENT_TOKEN_TO_BE_REPLACED