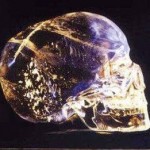 Many skeptics feel that the crystal skulls are probably of a much more recent vintage than their accompanying stories suggest. This, they believe, is the best way to explain their existence, since no one could have created them without technologies available only within the past century. Skulls are humanity's foremost symbol of death, and a powerful icon in the visual … END_OF_DOCUMENT_TOKEN_TO_BE_REPLACED 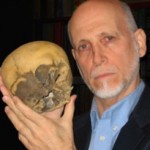 Meet the Starchild Skull  © by Lloyd Pye In the 1930's, in a small rural village 100 miles southwest of Chihuahua, Mexico, at the back of a mine tunnel, two mysterious remains were found: a complete human skeleton and a smaller, malformed skeleton. In late February of 1999, Lloyd Pye was first shown the Starchild skull by its owners. Nameless then, it was a highly anomalous … END_OF_DOCUMENT_TOKEN_TO_BE_REPLACED