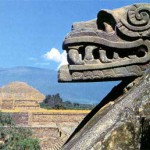 The Ancient Astronauts and a New History of man by Leonard Farra  Some of the religious traditions, legends, and customs of the Native Americans were remarkably similar to those of  the Old World. But, according to the established view, this is only a coincidence because there was no contact between the two regions before Columbus made his historic Atlantic crossing 500 years … END_OF_DOCUMENT_TOKEN_TO_BE_REPLACED