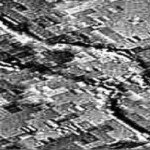 Introduction Artist's impression of New Horizons' close encounter with the Pluto–Charon system. New Horizons is an interplanetary space probe that was launched as a part of NASA's New Frontiers program. Engineered by the Johns Hopkins University Applied Physics Laboratory (APL) and the Southwest Research Institute (SwRI), with a team led by S. Alan Stern, the spacecraft was … END_OF_DOCUMENT_TOKEN_TO_BE_REPLACED