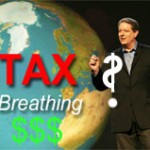 Armageddon Now  by Anthony Bright-Paul The battle of Armageddon has already begun – in fact it began several years ago and is likely to continue for 100 years. Just as the Nazi reign of terror began in 1933, some years before the start of the World War 2, so also the last great battle has begun and begun in exactly the same way. What did the Nazis do prior to the beginning … END_OF_DOCUMENT_TOKEN_TO_BE_REPLACED