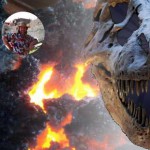 Dinosaur Killers - K Comet Extinction Theory by Alexander Popoff An asteroid killed off the dinosaurs? Are you kidding me?   The asteroid and volcano theories, which are prevalent among scholars, are not viable because they can’t explain many specifics of the Cretaceous-Paleogene mass extinction: the presence of extraterrestrial amino acids in the soils for tens of … END_OF_DOCUMENT_TOKEN_TO_BE_REPLACED 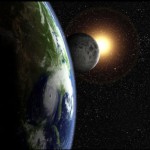 360 days Ancient Calendar Copyright 2013 A. Sokolowski In our post Puzzles-of-the-moon we mentioned 360 days perfect calendar being possibly used in our distant past (before an asteroid impact).   Was a major asteroid impact (in our distant past) responsible for disruption of  "perfect" cycles of the Earth and Moon system (such disruption would speed up rotation  … END_OF_DOCUMENT_TOKEN_TO_BE_REPLACED