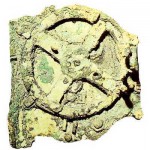 The Most Puzzling Ancient Artifacts Over the last few hundred years, many perplexing artifacts have been unearthed that do not fit the currently accepted theories of geology and the history of man The Bible tells us that God created Adam and Eve just a few thousand years ago. According to Science man is a few million years old, and the oldest civilizations existed just tens … END_OF_DOCUMENT_TOKEN_TO_BE_REPLACED 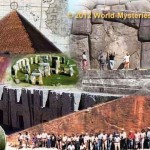 Out-of-place artifact (OOPArt) is a term coined by American naturalist and cryptozoologist Ivan T. Sanderson for an object of historical, archaeological, or paleontological interest found in a very unusual or seemingly impossible context that could challenge conventional historical chronology. The term "out-of-place artifact" is rarely used by mainstream historians or … END_OF_DOCUMENT_TOKEN_TO_BE_REPLACED

Antikythera Mechanism WHEN a Greek sponge diver called Elias Stadiatos discovered the wreck of a cargo ship (it is now accepted that the wreck occurred during the first century B.C.) off the tiny island of Antikythera in 1900, it was the statues lying on the seabed that made the greatest impression on him. He returned to the surface, removed his helmet, and gabbled that he … END_OF_DOCUMENT_TOKEN_TO_BE_REPLACED