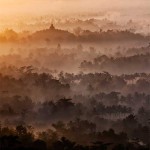 Shall I tell you a secret? by Anthony Paul Bright Shall I tell you a secret? The Sun warms the Earth and the Earth warms the atmosphere. Have you got that? It took me a while to ponder over this. I got it from my Climate guru, my personal trainer in all matters scientific. Actually Hans is my third personal trainer, and he will not mind if I say I don’t believe a word he … END_OF_DOCUMENT_TOKEN_TO_BE_REPLACED 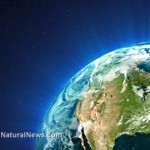 Global warming debunked by Anthony Paul Bright Every day I force myself to read The Guardian, especially the environment section. Apparently it is not too late to save the world. Carbon Dioxide in the atmosphere has reached 400 parts per million, when 350ppmv should be the limit. What absolute drivel! What total ignorance of the history of this globe!  … END_OF_DOCUMENT_TOKEN_TO_BE_REPLACED 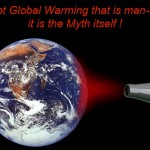 Man-Made Global Warming? by Anthony Bright-Paul The question is simple: Is there such a thing as man-made or Anthropogenic (created or caused by man) Global Warming? I am moved to deal once again with this question and in the simplest terms possible, because of two conversations I have had over the phone with two of my oldest friends. I first met Simon Penseney and Rachman … END_OF_DOCUMENT_TOKEN_TO_BE_REPLACED 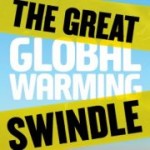 7 Billion Machines by Anthony Paul Bright There are presently 7 Billion bipeds walking about on this Earth and they are expected to number 10 Billion by 2050. These 7 Billion machines are you and I. We are factories. We burn Carbon with the help of Oxygen and we produce Carbon Dioxide, night and day. We bipeds are on the increase. We produce heat. We humans are combustion … END_OF_DOCUMENT_TOKEN_TO_BE_REPLACED

Wind farms in Pacific Northwest paid to not produce March 7, 2012 Taxpayers have put out billions in subsidies over the last three years for Barack Obama’s green-energy stimulus program, which has produced such success stories as Solyndra, Beacon Power, and Ener1.  But what happens when taxpayers subsidize efforts that actually produce electricity?  As people in the Pacific … END_OF_DOCUMENT_TOKEN_TO_BE_REPLACED 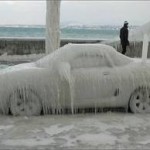 Cancun – Can Can’t! How much longer are we to put up with this specious nonsense? We are told that the Globe is warming and that it will warm further. So what? We are told it is warming while we in the UK and in Europe are freezing. How much longer are we to take this febrile crap? [ad name="Adsense160x600blue"] On the basis that computer projections predict a … END_OF_DOCUMENT_TOKEN_TO_BE_REPLACED