Since 1942, every American president has used military force without a declaration of war A declaration of war is a formal declaration issued by a national government indicating that a state of war exists between that nation and another. The document Declarations of War and Authorizations for the Use of Military Force: Historical Background and Legal Implications gives an … END_OF_DOCUMENT_TOKEN_TO_BE_REPLACED 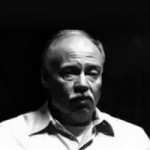 Michael Ruppert Michael Ruppert is an investigative journalist and author of two books, Crossing the Rubicon: The Decline of the American Empire at the End of the Age of Oil and Confronting Collapse: The Crisis of Energy and Money in a Post Peak Oil World.In the 1970s, Ruppert was a narcotics officer for the LAPD. While there, he discovered evidence that the CIA was complicit … END_OF_DOCUMENT_TOKEN_TO_BE_REPLACED