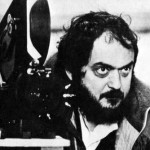 Stanley Kubrick’s Murder and the truth of the Moon Landings! by T.S. Caladan People regard Stanley Kubrick as a ‘genius’ filmmaker and one of the greatest visionaries of the 20th Century.  We are not aware of how much of a real Genius this man truly was and how tortured a soul he was.  The public is largely unaware that Stanley filmed the Moon landings; was given ‘Keys to … END_OF_DOCUMENT_TOKEN_TO_BE_REPLACED