The Terracotta Army is regarded as one of the greatest discoveries of the 20th century, and is famous around the world. But do you know who built it and how long it took to finish? Here we have listed the top 10 amazing facts you should know before you visit this UNESCO World Heritage Site.

Since the discovery of the Terracotta Army, more than 8,000 soldiers, 130 chariots, and 670 horses have been uncovered. 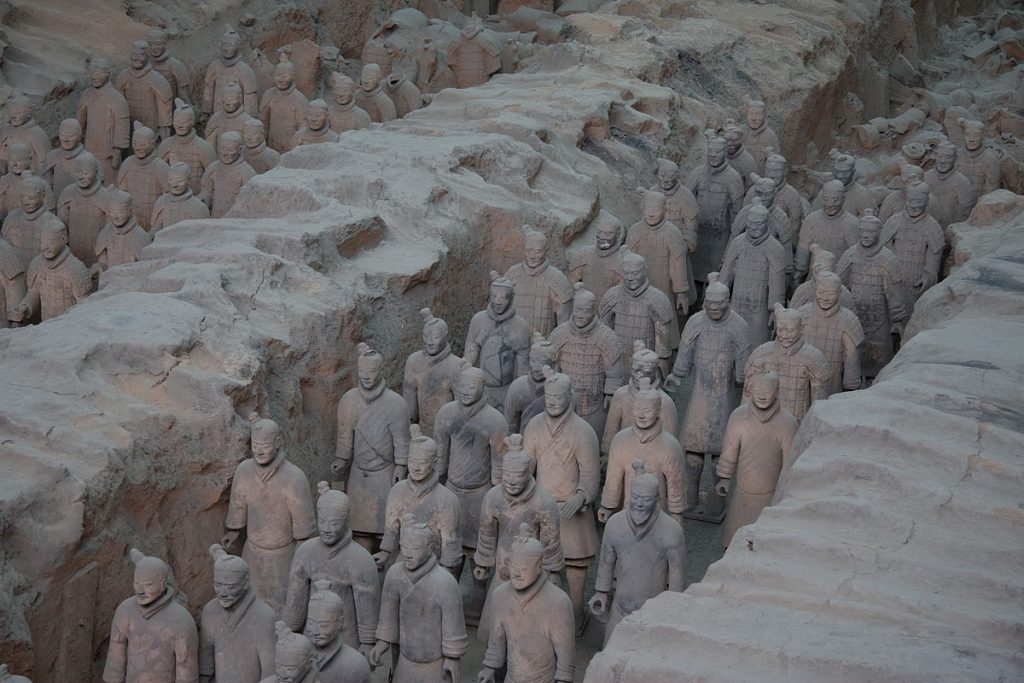 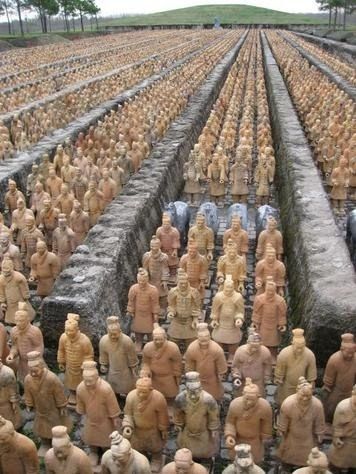 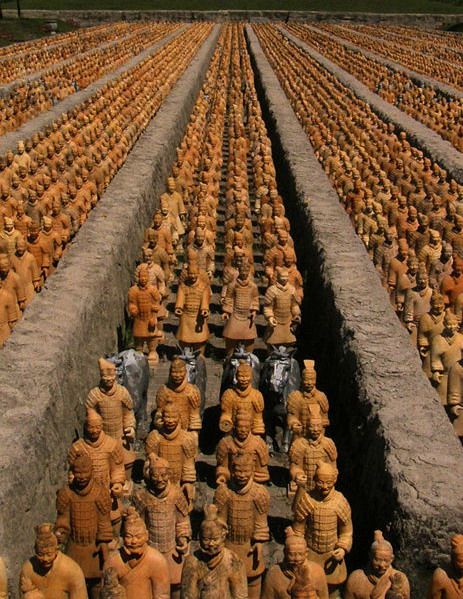 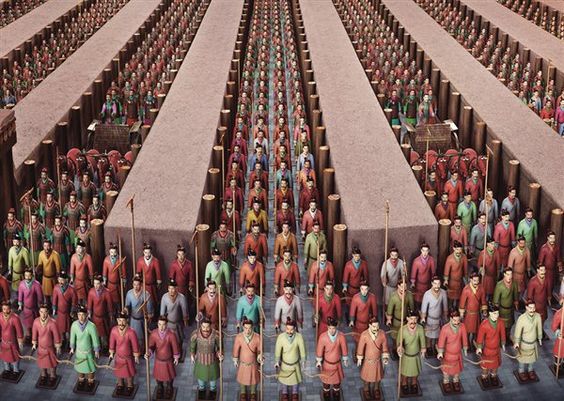 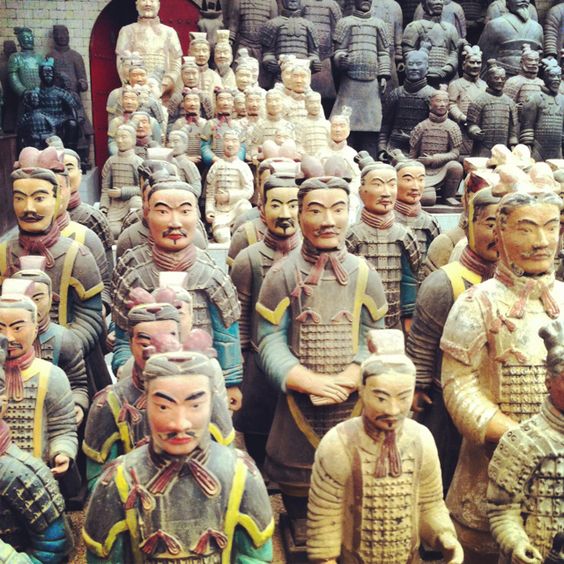 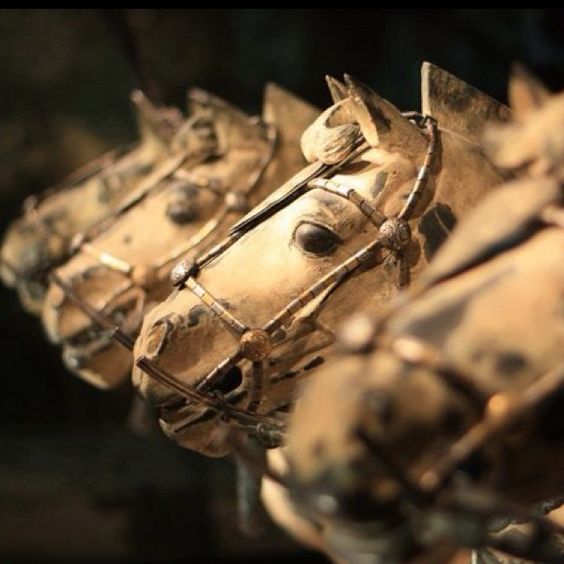 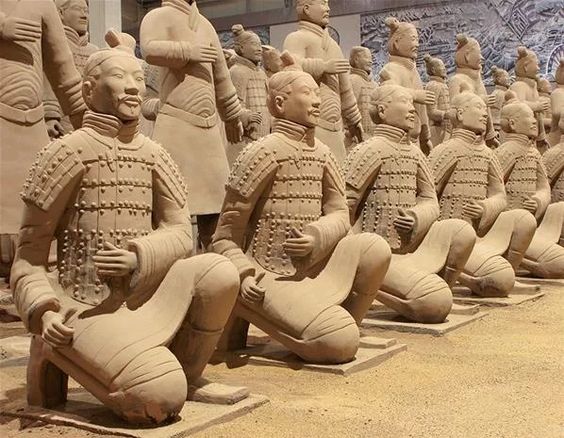 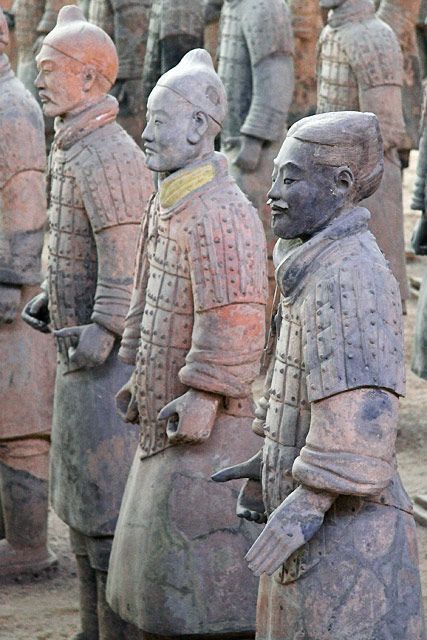 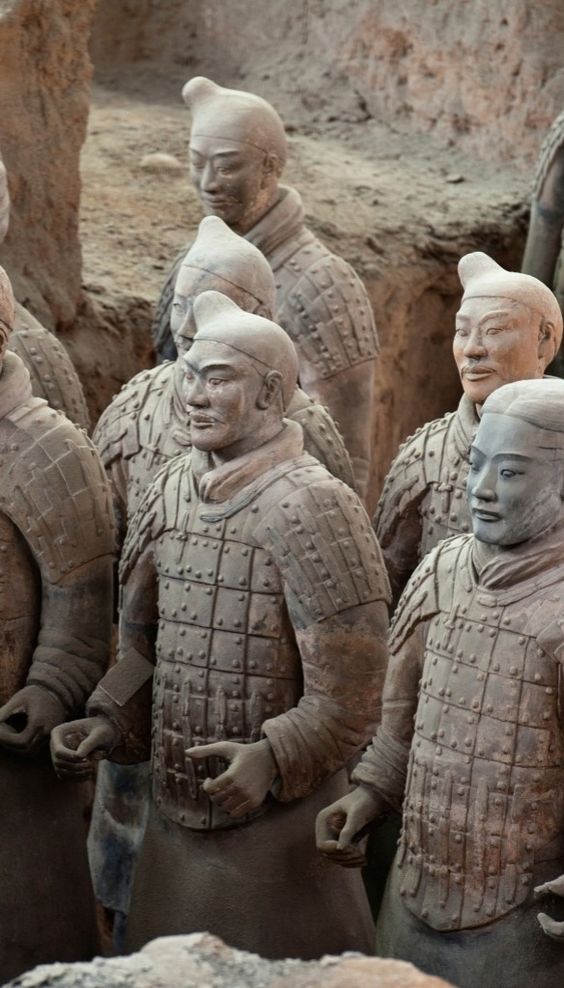 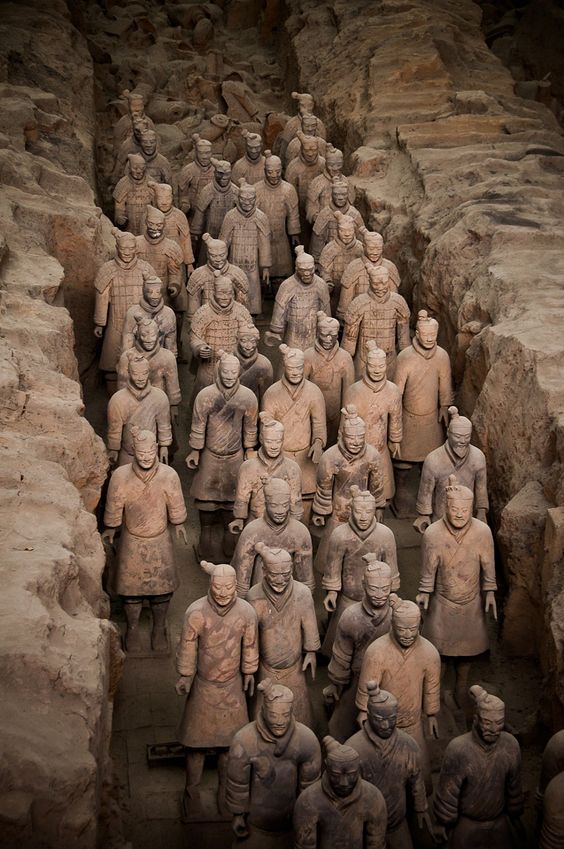 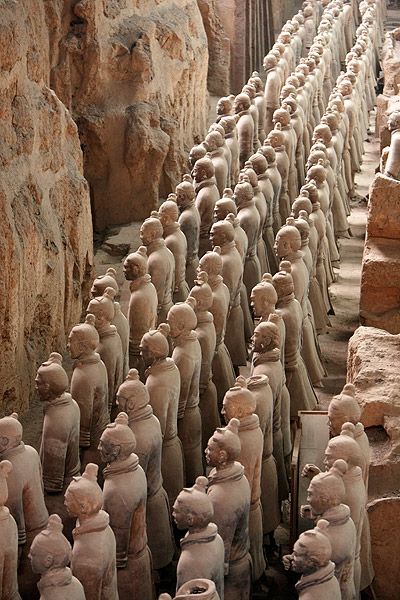 The Top 10 Amazing Facts about the Terracotta Army

1. It is one of the top archaeological finds of the 20th century.

The Terracotta Army is part of the world’s largest ancient imperial tomb complex, Qin Shi Huang’s mausoleum. About 8,000 different life-size statues have been uncovered. It is the largest find of its kind.

The statues are 175–190 cm tall. Every one differs in gestures and facial expressions, some even with color showing. It reveals much about the Qin Empire’s technology, military, arts, culture, and military.

2. It is described as “the Eighth Wonder of the World”.

In September 1987, the Terracotta Army was praised as the Eighth Wonder of the World by the former French President Jacques Chirac.

The Terracotta Army was created by China’s first emperor, Qin Shi Huang, who began the construction of the army in 246 BC after he (then aged 13) ascended the throne.

It was an afterlife army for Emperor Qin. It was believed that objects like statues can be animated in the afterlife.

Thousands of years later, the soldiers are still standing and showcase an extraordinary level of craftsmanship and artistry from 2,200 years ago.

Currently, the museum mainly consists of three pits and an exhibition hall: Vault One, Vault Two, Vault Three, and the Exhibition Hall of the Bronze Chariots.

Since the discovery of the Terracotta Army, more than 8,000 soldiers, 130 chariots, and 670 horses have been uncovered.

Terracotta musicians, acrobats, and concubines have also been found in recent pits as well as some birds, such as waterfowl, cranes, and ducks. It is believed that Emperor Qin wanted exactly the same grand services and treatment for his afterlife.

Construction of the Terracotta Warriors began in 246 BC, when Qin Shi Huang assumed the Qin State throne, and ended in 206 BC, 4 years after Qin’s death, when the Han Dynasty began.

Over 700,000 laborers worked around-the-clock for approximately 40 years to complete the terracotta army and tomb complex.

7. It was discovered by local farmers.

The Terracotta Army remained untouched underground for more than 2,200 years and was discovered by chance by local farmers while digging a well in 1974 in Xi’an.

If the huge number of terracotta warriors does not surprise you, you should take a close look at them. You will be amazed at the delicate craftsmanship and surprised to find that no two figures are exactly alike.

Each warrior has unique facial features. The infantry, archers, generals, and cavalry are different in their expressions, clothing, and hairstyles.

Do you want to know How the Terracotta Figures Were Made?

9. There are more terracotta figures to come!

Currently, there are four pits in total, and from three of them terracotta figures have been unearthed. But never think that that is the extent of the site.

The Terracotta Army is a world famous site and always crowded with a large number of visitors, especially on weekends and during Chinese public holidays.

So get ready to see a museum flooded with Chinese and foreign tourists. If you travel with us, your guide will tell you the best time to visit and lead you to the best viewing points.

Click to see How to Visit the Terracotta Army — an Insider’s Guide.

The Terracotta Warriors and Horses are rich in history and culture. It is advisable to travel with a knowledgeable guide, who can share the background information with you and help you to avoid the crowds.

Here are the most popular tours including the Terracotta Army:

See more of our Xi’an Tours. Our tours are customizable — tell us your interests and requirements and we will help you to tailor-make a Xi’an tour. The Terracotta Army — Why and How They Were Made China’s 7 Most Significant Historical Sites You Should Visit How to Visit the Terracotta Army — an Insider’s Guide FAQs About the Terracotta Warriors and Visiting Them

Additional Information about the Terracotta Army

The Terracotta Army (in Chinese, literally: “Soldier-and-horse funerary statues”) is a collection of terracotta sculptures depicting the armies of Qin Shi Huang, the first Emperor of China. It is a form of funerary art buried with the emperor in 210–209 BCE and whose purpose was to protect the emperor in his afterlife.

The figures, dating from approximately the late third century BCE, were discovered in 1974 by local farmers in Lintong District, Xi’an, Shaanxi province. The figures vary in height according to their roles, with the tallest being the generals. The figures include warriors, chariots and horses. Estimates from 2007 were that the three pits containing the Terracotta Army held more than 8,000 soldiers, 130 chariots with 520 horses and 150 cavalry horses, the majority of which remained buried in the pits nearby Qin Shi Huang’s mausoleum. Other terracotta non-military figures were found in other pits, including officials, acrobats, strongmen and musicians.

The construction of the tomb was described by historian Sima Qian (145–90 BCE) in his most noted work Shiji, written a century after the mausoleum’s completion. Work on the mausoleum began in 246 BCE soon after Emperor Qin (then aged 13) ascended the throne, and the project eventually involved 700,000 workers. Geographer Li Daoyuan, writing six centuries after the First Emperor’s death, recorded in Shui Jing Zhu that Mount Li was a favoured location due to its auspicious geology, “famed for its jade mines, its northern side was rich in gold, and its southern side rich in beautiful jade; the First Emperor, covetous of its fine reputation, therefore chose to be buried there”. Sima Qian wrote that the First Emperor was buried with palaces, towers, officials, valuable artifacts and wondrous objects. According to this account, 100 flowing rivers were simulated using mercury, and above them the ceiling was decorated with heavenly bodies below which were the features of the land. Some translations of this passage refer to “models” or “imitations;” however, those words were not used in the original text, which makes no mention of the terracotta army.

High levels of mercury were found in the soil of the tomb mound, giving credence to Sima Qian’s account.

Later historical accounts suggested that the tomb had been looted by Xiang Yu, a contender for the throne after the death of the first emperor. However, there are indications that the tomb may not have been plundered.

The Terracotta Army was discovered on 29 March 1974 to the east of Xi’an in Shaanxi province by farmers digging a water well approximately 1.6 kilometres (0.99 mi) east of the Qin Emperor’s tomb mound at Mount Li (Lishan), a region riddled with underground springs and watercourses. For centuries, occasional reports mentioned pieces of terracotta figures and fragments of the Qin necropolis – roofing tiles, bricks and chunks of masonry. This discovery prompted Chinese archaeologists to investigate, revealing the largest pottery figurine group ever found in China.

A museum complex has since been constructed over the area, with the largest pit enclosed within with a large structure. 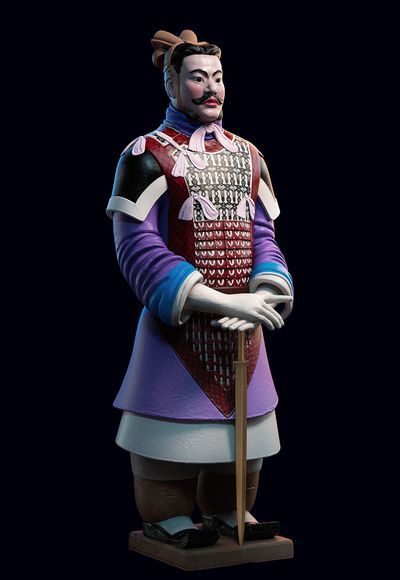