WHAT DO NOAH’S ARK, THE GREAT PYRAMID OF GIZA, THE ARK OF THE COVENANT,  TEOTIHUACAN, AUBREY CIRCLE/STONEHENGE, THE PERUVIAN SUN-STAR-CROSS, and GLASTONBURY HAVE IN COMMON WITH THE NEW JERUSALEM?

Hi all – Greetings from THE TRIBULATION NETWORK (a rather disturbing title to the possibilities of 2012 these days) – I have not forsaken you (not that you may have noticed J ) – I have been exceedingly busy with my 70th Birthday and feel as if I were prophetically destined to enter Daniel’s Seventieth Week! 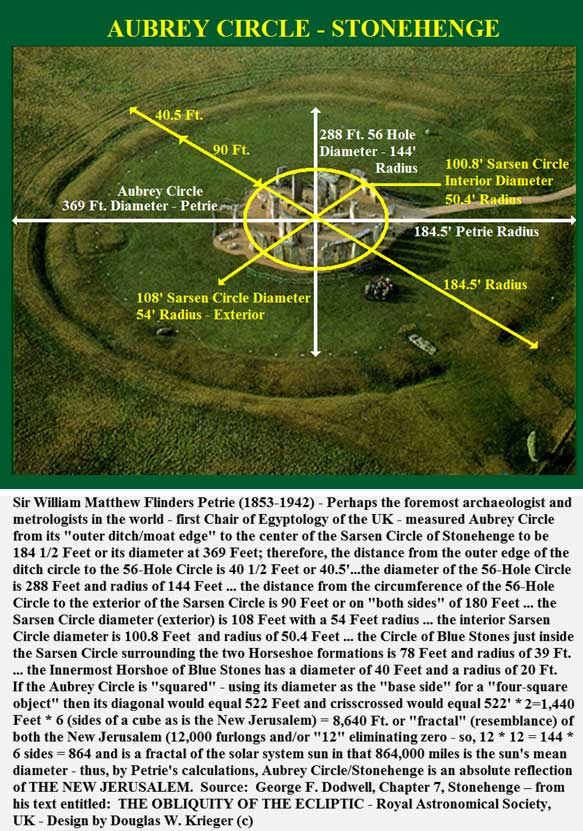 That said – Teotihuacanhas absolutely consumed me – but in my torrid pursuit of the Dimensions of Paradise I pleasantly discovered that Stonehenge needs a 100% makeover and it is my duty to disengage her from her Druidian past and bring her into total conformity to the New Jerusalem.

As if Noah’s ark were not the consummate measuring line for it all … for with the discovery of the dimensions of the Sacred Cubit’s 25.20″ and its substantiation incorporated into the Imperial Mile of 5,280′ – all bets are off that these amazing sites of antiquity and sacred objects found in Holy Writ are not only similar but are Divinely Orchestrated for us and our posterity – especially now, at the close of human history…which is much closer than we think!

So, “As in the days of Noah…so shall it be in the days of the coming of the Son of Man” – finished this for my 70th birthday…not that “vast celebrations” did not frequent the occasion – however, such festivities were kept to a bare minimum – I mean, after all, these are not a Diamond Jubilee type activity! 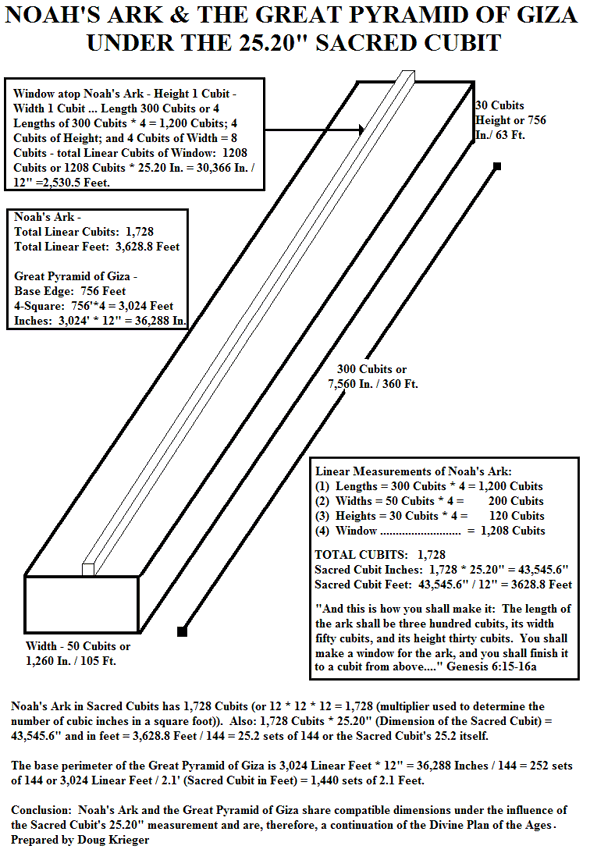 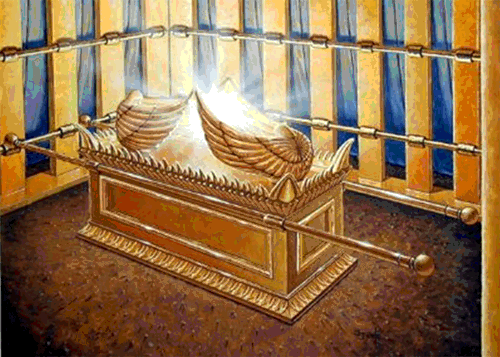 However, the British cannot escape my rapier – for we must excise the bizarre and oft contrary measurements of Aubrey/Stonehenge and see if they indeed conform to those of the New Jerusalem as Dr. John Michell suspects – but hardly did he see these marvels – marvels which perplex the stupidities of the skeptics who are all the more enraged over these Judeo-Christian intrusions into once was thought but pagan scribbles of the universe.

Thank God Almighty that Professor Sir William Matthew Flinders Petrie’s long-established dimensions/methodologies of Aubrey Circle/Stonehenge taken in 1877 have stood the test of time – for it is from his original diameter that numerous conclusions can be derived in that his 184 1/2 Foot radius from the outer bank/moat/ditch to the midst of the Sarsen Circle when doubled gives us the diameter of this marvel as in 184 1/2′ (6 inches) * 2 = 369 Feet – and those, of course, are Imperial Feet (but please remember – however convenient it is for most skeptics to scoff at what they THINK is a more recent measurement known as the Imperial Mile,  Foot, Inch, etc. (which is in point of glaring and glorious fact) based upon the Sacred Cubit’s 25.20″ – therefore, unfortunate wanna-be academics like George Richards of Journey Into Time fame will find my conclusions disconcerting – another mystical and ridiculous attempt to substantiate the faith once delivered, I am sure.  (Incidentally, Flinders Petrie was first to number the stones at Stonehenge which numbering system stands to this day – so comprehensive was his survey.)

Yet, Mr. Richards is loathe to admit that we Judeo-Christian types – who he claims have corrupted history in general with our myths and fabrications and manipulative conclusions – seem to have united our fine efforts with those of Sacred Geometry to the extent that even he admits that the “squaring of the circle” has some merit – well then, let us proceed with the 369 IMPERIAL FEET (wholly under the dominion of the 25.20″ Sacred Cubit of those corrupting Hebrews and let’s just square Flinders Petrie’s Aubrey Circle wherein each of its square sides will match that of its diameter at 369′ – therefore, its two diagonals thus created will be via calculator 552 Linear Feet each or 552′ * 2 = 1,440 Linear Feet (and NO – I did not manipulate these figures…they are wholly substantiated by the Royal Astronomical Society of Great Britain. Therefore, the “144” on the face of one side of a “cubed Aubrey Circle/Stonehenge made into a square will have six faces of this “144” or 6 * 144 = 864 which is a fractal of the sun’s 864,000 diameter but, more so, Dr. John Michell’s brilliance whereby he takes the 12,000 furlongs of the New Jerusalem found in Revelation 21:16-17 and simply eliminates the zeroes of the 12,000 – making them 12 – thus, 12 * 12 (one face of the New Jerusalem) = 144 * 6 (faces of a cube) = 864 – therefore, the 864 of Aubrey Circle/Stonehenge is equal to the 864 of the New Jerusalem and is therefore a perfect reflection of the New Jerusalem!

I place hereunder a morsel for our audience so that when the next concert is held at Aubrey SOMEONE OUT THERE will know darn well around which they gather is not the haunt of witches and warlocks but the very expression of the New Jerusalem: THE DIMENSIONS OF PARADISE…and, if so – which I have no doubt it is – then they must probe in good conscience what that means and the possible obligations commensurate therewith! 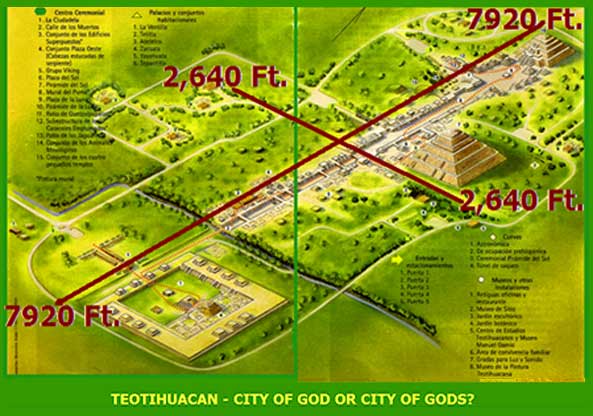 The Peruvian Sun-Star-Cross’ 21 by 21 platform includes the Sun-Star’s 12 by 12 platform or the “2112” and this “2112” – where Teotihuacan intervenes into the equation has everything to do with the Mexican antiquity’s platform wherein its clear measurement as proportionately determined by Hugh Harleston’s Standard Teotihuacan Units – which STUs are slightly deficient to that of the Imperial Mile’s Sacred Cubit’s based measurement – that is one concession which we have made toward Harleston – however, John Allen’s GPS measurements substantiate the stunning discoveries of the Imperial Mile/Sacred Cubit’s stamp all over Teotihuacán – from the Pyramid of the Moon to the Pyramid of the sun (2,640 Feet or .5 miles) and from the Pyramid of the sun to the Citadel’s peak at the Temple of the Feathered Serpent of 3,960 Imperial Feet or .75 miles and the very Citadel’s square of 1,320 Imperial Foot square base * 4 edges = 5,280 Feet which IS the Imperial Mile and validates the Sumerian foot of 13.2 inches in the engagement – i.e., Allen’s team  affirms the Sumerian foots engagement at Teotihuacan; however, again, this is only an affirmation of the Sacred Cubit/Imperial Mile’s domination of the entire Sacred District of Teotihuacan. 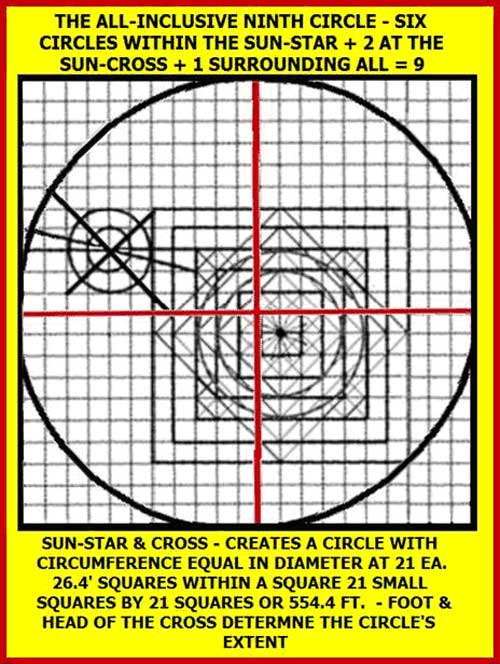 Therefore – when we consider the length of Teotihuacan at 7,920 Feet (which is the diameter of the Earth – the fractal of 7,920 miles) and her width of 2,640 Imperial Feet – therefore the perimeter of the Sacred District’s rectangle is clearly 7,920′ + 2,640′ + 7,920′ + 2,640′ = 21,120 Imperial Feet which clearly resembles the 2112 of the Peruvian Sun-Star-Cross. These measurements are beyond happenstance and similarity – they are divinely orchestrated and being revealed to us all in this most critical time of human history – THEY ARE NOT MANIPULATED – they are engineered under the potent persuasion of the Sacred Cubit’s 25.20″ dimension and expressed.

Our future material on Glastonbury and that of Aubrey/Stonehenge will absolutely change the way we have perceived the previous interpretations of these antiquities – they are a dynamic expression of the Dimensions of Paradise as Dr. John Michell challenged us all. I am wholly committed to these discoveries on behalf of a greater understanding of their unbelievable metrologies – metrologies which heretofore were not perceived in the light of the New Jerusalem to the extent that they are now understood. 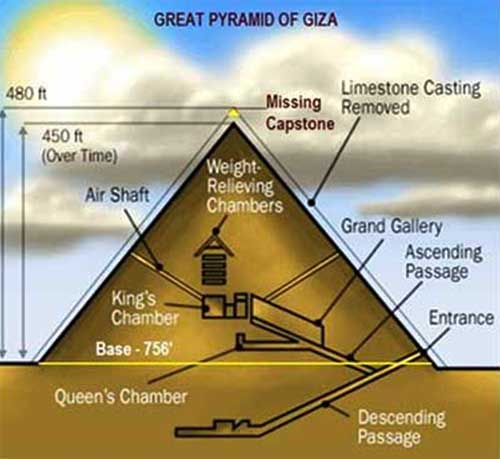 The compatibility of all these configurations – along with those of Glastonbury, Ezekiel’s Temple, Solomon’s Temple, the Tabernacle in the Wilderness and other sites of antiquity which we will uncover, are confirming assurance to the Sacred Geometry/Judeo-Christian Community world-wide that we are living in the most prophetic time of world history – the TRUTH IS OUT THERE and it is found in Sacred Text – Sacred Geometry simply confirms it. Now, the day comes when an Altar to the LORD at the border (literally, Giza) of Egypt will be acknowledged – unveiling its original intent its original wherein its capstone shall cry out GRACE, GRACE in accordance with Zechariah 4! Then shall arise with “healing in His wings” the very “Sun of Righteousness” bringing to the Earth perfect societal harmony (Malachi 4:1-2).

Feel free to propagate this article any way you wish – this is my birthday present to you all – just make sure they come to the Tribulation Network as well…call the article anything you wish – blessings to you all! Doug