If the above is true then I must say this…I know how the ancient Olmecs (means rubber or of the rubber tree) moved large stones (massive stone heads) and why they and the Mayans always had causeways in their cities! It has to do with the Rubber Balls that were developed long ago in Mexico when Latex was discovered and wrapped around perfect river rocks. Recently a large find in Mexico stated that Olmec artifacts were discovered and then under the discovery they stated that there were many rubber balls found buried in the ground for their Ball Game. I am sorry but every kid in my neighborhood remembers putting their sports balls under a board or in a box and moving things around using the “ball-bearing” means of motivation or methodology to move heavy objects or even themselves. It was a no-brainer in my youth.  I thought of this in a dream some time back but the new find supported my contention (see Archaeology Magazine on Olmecs 2007). I was the first to say something about this on the net several years ago and I darn sure better get credit for it. www.enigmni.com. 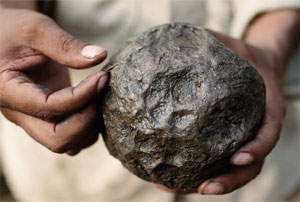 I will expand on this later at my site and others. They used the hard rubber balls to move tons of stones all over Mexico…that is why they did not need the wheel…they had the better means allowing more control. “Where the rubber meets the road”…was an old Firestone TV ad in my day. My Dad had a Firestone store in my youth and that is where I began to study Archaeology and Anthropology. I did a report in high school on the Olmecs and Maya ball games using latex rubber.

This realization is a very important breakthrough in thinking. They used rubber balls and wooden crates on top to move everything around ancient Mexico form the Olmecs time period on to today. Utilizing Hard Rubber Balls and three guys or more, one can move a mountain. All you need are about 20 to 30 rubber balls and a pitcher, feeder, and a mover or pusher to keep the load moving in the right direction on a smooth surface (causeway) .  Then came the other inventions. The ancients loved the rubber ball so much, they invented a game that flourished all over Mexico. It became their favorite pastime other than work. Moving the rubber ball around in the most expedient way possible saved time and work…and it became a lot of fun too, even on the job.
— Ron O. Cook