Perhaps most of ancient pyramids were built in order to “mark” places which hide (inside or underneath) much older, pre-flood artefacts ( in solid granite boxes). These stone made boxes, mistakenly called burial boxes aka sarcophagi, were (maybe) intended for preservation of items vital for the future generations ( e.g. akashic records, artefacts, seeds, DNA of various species etc. )? 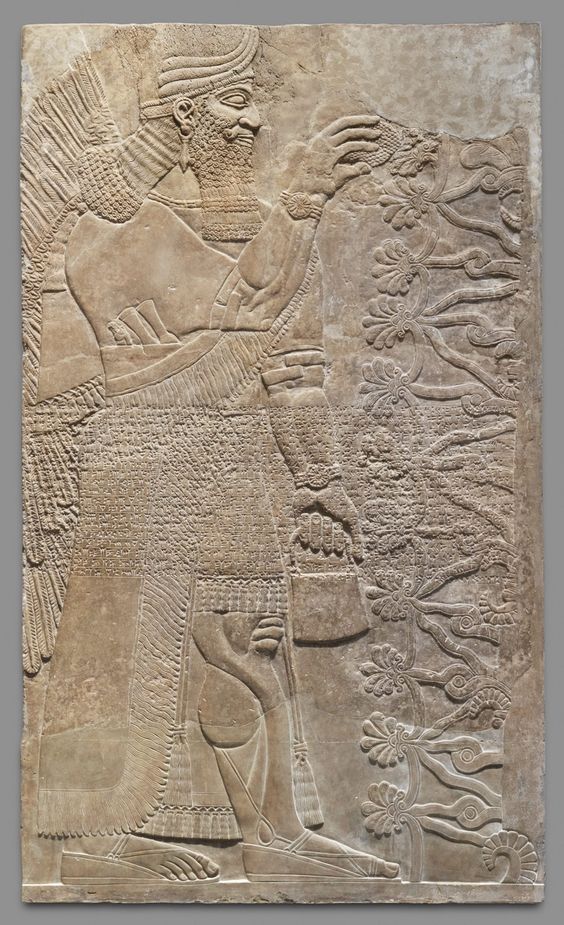 Situated near the Fayoum Oasis, El Lahun is a pyramid complex established by Senusret II, who took the throne around 1,878 BC.
The pyramid was constructed entirely of mudbrick, and the whole enclosure was also surrounded by a mudbrick wall.

El Lahun gets relatively little attention, but that’s likely because its underground chamber has only been open to the public since 2019. 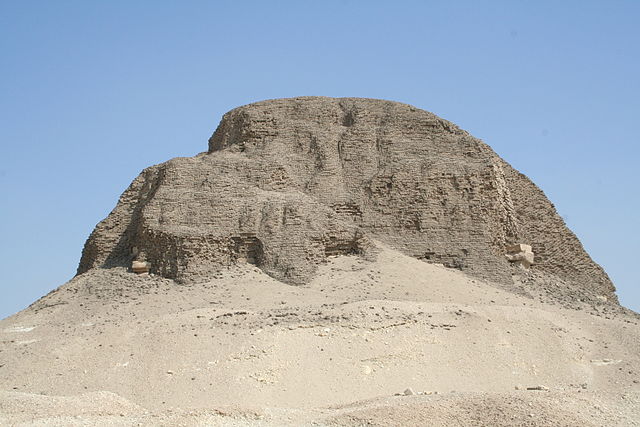 El Lahun and Hawara seem to be unremarkable when compared to the Giza pyramids… until one looks beneath the surface – literally!

In the video below (by Uncharted X ) you will examine one of the most precisely made granite object that has come from Ancient Egypt!

A precision carved red granite box housed deep underground, we get into the details of the site, the box, its history and discovery by Flinders Petrie.

The Middle Kingdom pyramids of El Lahun and Hawara aren’t on most travelers’ radars. In fact, the whole Middle Kingdom period (1975-1640 BC) itself often gets largely ignored. The era hasn’t left us with much that can compete with the Old Kingdom pyramids or with the New Kingdom temples of Luxor. Be that as it may, sites like El Lahun and Hawara are quite remarkable if one looks a little beneath the surface – literally!

El Lahun was first excavated in the 1840s and then much more thoroughly by William Flinders Petrie in the 1880s. Petrie was a legendary archaeologist who also excavated Meidum, Dahshur, Giza and many other sites. Petrie was so thorough in his excavations and measurements that even today, much of our understanding of these places comes from his research.

But in spite of his experience, it took Petrie months and many attempts to locate the pyramid entrance at El Lahun. This is because the entrance to his chamber is located on the pyramid’s south side (unlike the entrances to other pyramids located at North side – According to tradition, the king’s soul was believed to leave the pyramid from the north.)

The “burial chamber”, accessible today via a modern metal ladder, is 16.5 meters below ground level. And one of the first areas visitors encounter is a room entirely lined with smooth white limestone. The rest of the tunnel, in contrast, is considerably rough. 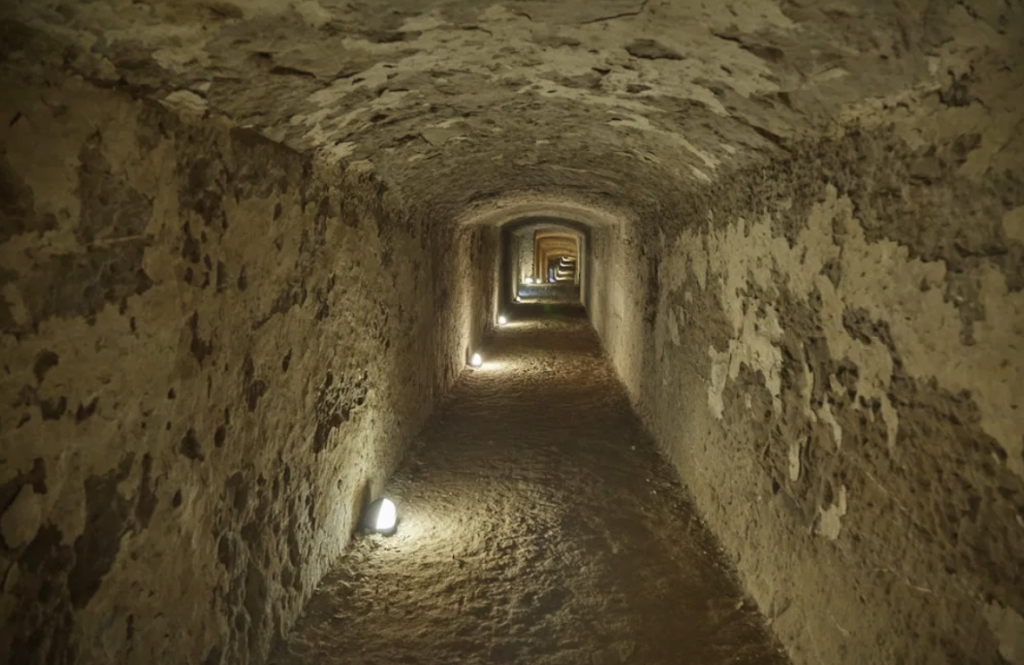 Before long, you will see some natural light shining in through a hole in the ceiling. This ‘well’ can also be seen from above ground, but its exact purpose isn’t clear.  The long chamber then continues straight ahead for a few dozen meters. Eventually, you’ll make a sharp turn to the left (west) to reach an antechamber. Once in the antechamber, straight ahead is the king’s burial chamber, one of the most unique and impressive in all of Egypt – and that’s certainly saying something!

Like the chambers of the Old Kingdom pyramids, it was made entirely from granite. But this one has a spectacular arched ceiling. To my knowledge, this is the only arched granite ceiling in Egypt, and likely the only burial chamber with a ceiling in the form of a true arch. 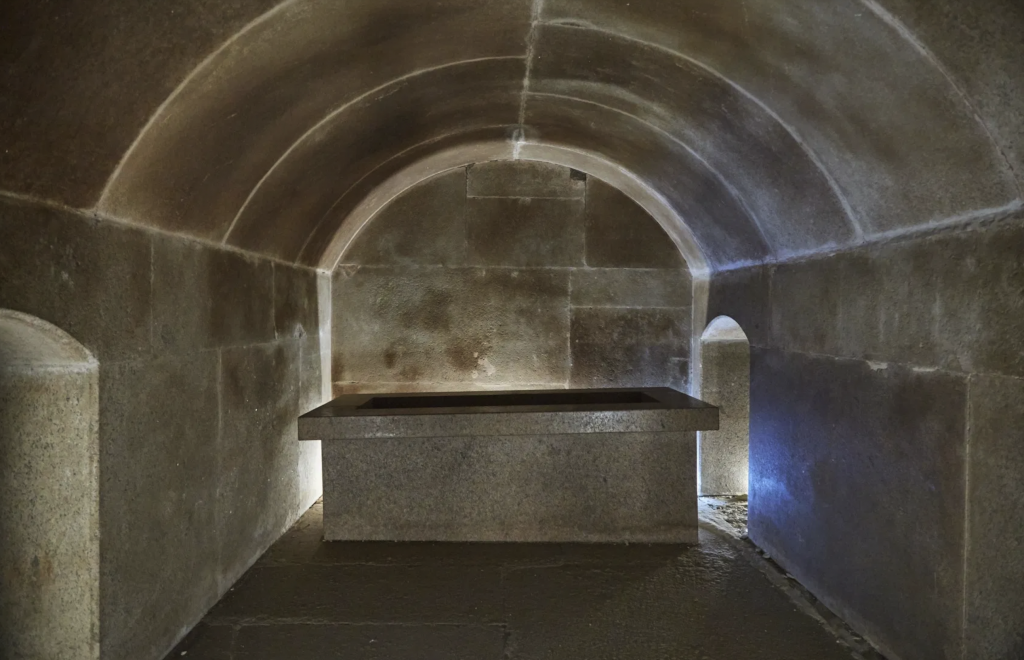 The red granite “sarcophagus”, meanwhile, is another masterpiece. Even after having admired the amazing precision granite boxes of the pyramids, museums and the Serapeum, it still caught me by surprise. It has a perfectly smooth lid attached to the main body, extending outward over it by several inches. The box has a polished and smooth finish to it. And looking at it up close, it appears to be as perfectly precise and square as the boxes of Giza or Saqqara. Strangely, though, the whole thing seems to be slanted at an angle. Nobody was ever found inside, nor any trace of an upper lid. 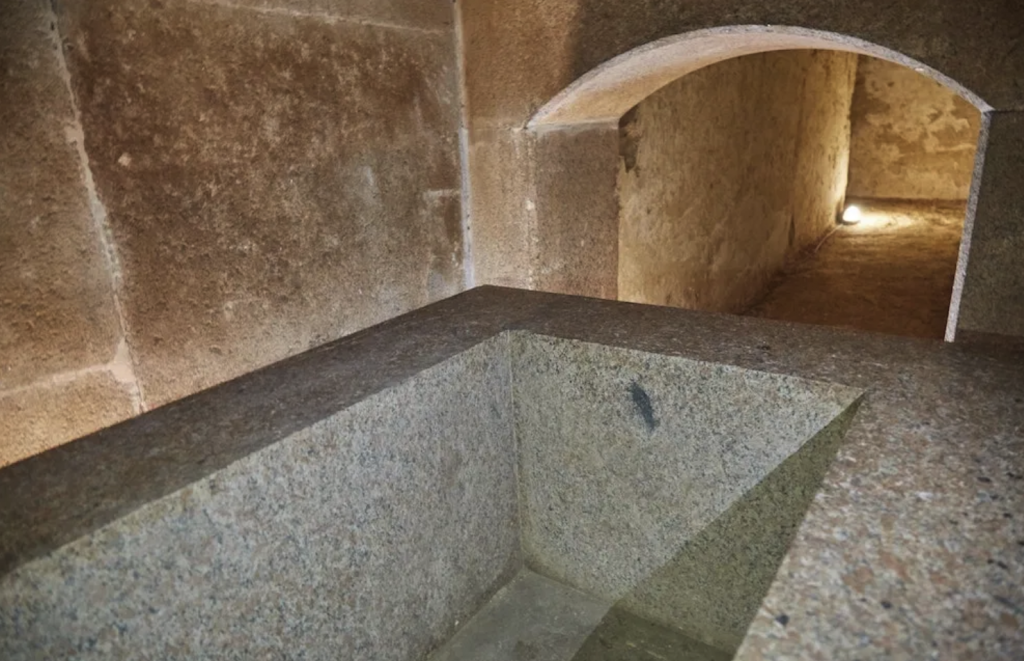 I asked the archaeologist guide how the Middle Kingdom builders got it in here, and he said that the width of the sarcophagus was just barely smaller than the entrance to the main chamber.

But the chamber also has another door. Over to the right, a small arched opening leads to yet another passageway. There is a sizable walkway here that makes repeated 90-degree angle turns – four in total! Eventually, you will come out of a doorway, only to find yourself in . . . the same antechamber in front of the burial chamber. In other words, the additional passageway only takes you back to where you started, and it seemingly has no functional purpose.

The archaeologist pointed out that the winding corridor has five angles in total. And he supposed that it was constructed for some kind of symbolic purpose relating to the number five. 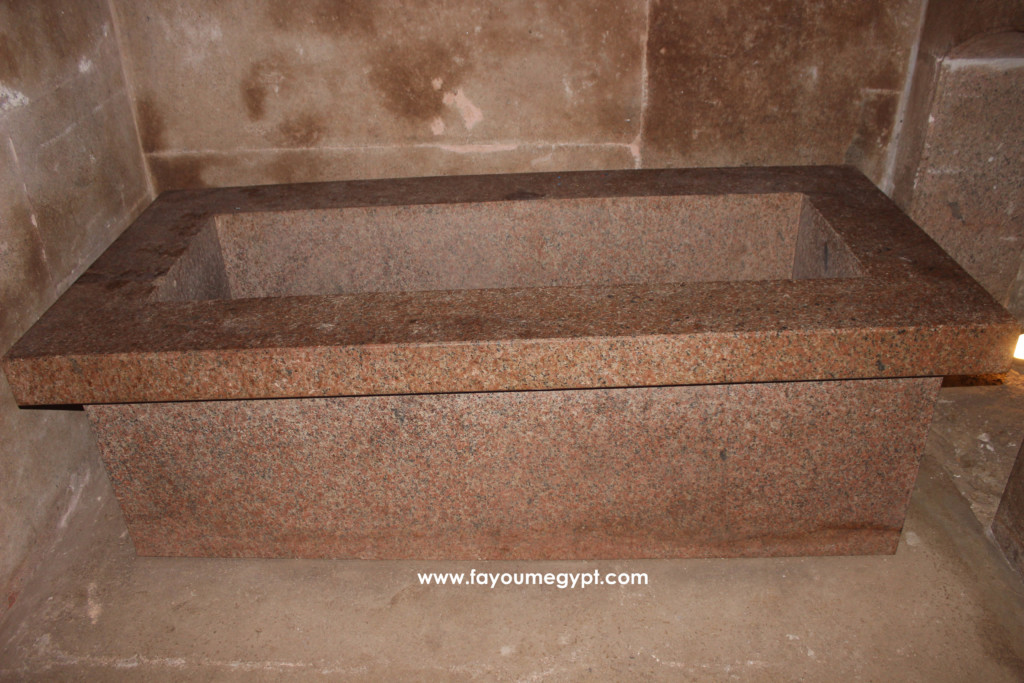 A video series documenting the reconstruction of The Antikythera Mechanism in its most authentic form to date, with the intention of establishing the precise machining tools, techniques and technology used to create it.