In this detailed analysis of the possible remains of Noah’s Ark which you have probably seen on TV, we have many lies or errors of stupidity brought about by belief our ancestors were as stupid as these people are.

They say the Golden Ratio (1.6180) was not known about 5100 years ago. How did Pythagoras learn about it when studying the Great Pyramid?

I enjoyed seeing the anchor stones which are related to mooring stones and pot holes ground into rock to moor ships in many places.

So their argument would be stupid people talked to a god and built an ark to house all the life forms or representatives thereof – hmmm?

Then the aliens who travelled numerous light years in technology we still don’t have (We need shield technology to get to Mars safely.) might have helped grind holes in rocks rather than using ultrasound or lasers such as the sarcophagus in the Great Pyramid (which never had any human interred) must have had according to Dunn and others. And these same people did not know how to smelt iron or other anchors? Research Dolni Vestonici to see alloying metals would have been known 30,000 years ago. Yes, they say the aliens left this knowledge and get a whole lot wrong about time-lines including when language existed on Earth and what alphabet is oldest etc. Cuneiform and hieroglyphics are not languages as much as they are tally systems. They seem to think it is probative and important to note all the cults who accept the myths of Ur or Abrahamic misogynists are similarly believers. Of course, they all follow the same scripture – they are the same reptoid evil spreading cult. They are promoting more apocalyptic fears.

The Great Flood and Noah’s Ark legend is common to the Christian, Jewish and Moslem religions. But as often occurs with religious beliefs, few have analyzed the Ark’s nautical restrictions. Instead, a common belief exists that it was a simple rectangular vessel built by a single man and his extended family. Nothing could be further from the truth. The Ark’s relic has been found (and re-found time and again) in the mountains of Ararat. Matching biblical parameters, it was 64% longer than any modern wooden vessel and had an (unloaded) displacement greater than that of a modern British aircraft carrier.

Government (Los Alamos) personal, once helpful with tests and measurements of it, no longer believe this relic to be Noah’s Ark. No wonder, it clearly shows that it was NOT built by humans ~5200 years ago. It offers details of alien engineering principles involving the Golden Ratio. Its metallurgy shows ironwork not even possible until ~3200 years ago as well as the presence of other metals (e.g. titanium and aluminum) that would have been difficult to fabricate even in the early twentieth century. The Book of Noah explicitly specifies that “angels” (with extensive metallurgical skills) built the Ark. They were likely the Nommos, an amphibian species reportedly from the Sirius star system. They left mankind with cuneiform writing and the wheeled vehicle (alien technology of that day). They offered us astronomical knowledge of their own and our solar system (including Vulcan) and evidence of a past major comet/meteorite Earth impact. Finally, they appear to have left repositories of technologies far more advanced than our own. Their story tells of an alien species’ attempt to save a deceitful mankind from an approaching comet impact catastrophe that caused Noah’s Great Flood.

Fraud should be the assumed cause of any report on most Christian claims that suggest there is truth in their scriptures. Even Christians like tentmaker.org are getting fed up with it.

“The following is an expose of W.A.R., Wyatt Archaeological Research and Ron Wyatt.

Since the magazine “Dew from Mount Hermon” published the article “A Great Christian Scam” exposing the so-called discoveries of Ron Wyatt as nothing more than a great hoax perpetrated upon the Christian community for money and fame, Joel Davenport, the manager of WAR’s Internet site has published an article located at their web site accusing me, Gary Amirault, of not telling the truth. In the article I did not disclose the names of my sources since the article only went to a few hundred subscribers who trusted my reporting. I didn’t feel providing names and addresses was necessary. But since Mr. Davenport’s extremely distorted assessment of the accuracy of “A Great Christian Scam,” and since WAR and associates are continuing to defraud the Christian community by selling videos, books, speaking engagements, trips to Israel, enticing investors in further digs, etc., all based upon discoveries which were never made, I feel it is time to lay out enough evidence to make it perfectly clear to any sane individual that we are dealing here with nothing short of an outright scam. 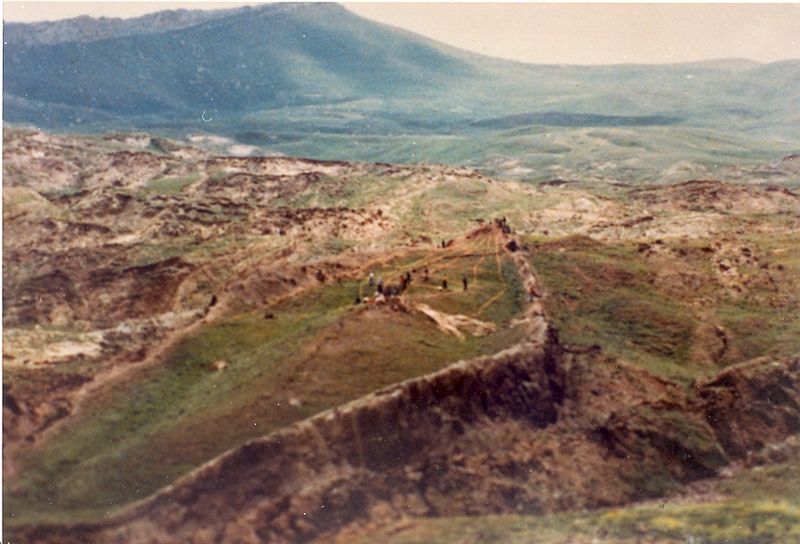 I have telephone interviewed most of the people on WAR’s Noah’s Ark video. Not one single person I spoke with on that video presently believes that Ron Wyatt’s site is Noah’s Ark. Some are outraged that Wyatt is still using film clips which make them look like they are substantiating Wyatt’s claims when, in fact, the opposite is the case. Listed below are some of the individuals who appear on the video. Compare the story WAR continues to sell with the actual words written by the scientists after doing extensive research on the site. They no longer believe it is Noah’s Ark. They believe it is a natural geological formation. As to the so-called discoveries on Ron Wyatt’s video entitled “Presentation of Discoveries,” those interviewed whom Ron Wyatt presented with his “facts” put little or no archaeological value on any of the material. “Fraud” was the word most often used when discussing these so-called discoveries. Read the letters from archaeologists within Ron Wyatt’s own denomination, Seventh Day Adventist, and you will see that even those who would have an interest in substantiating Ron Wyatt’s claims find little or no scientific evidence to support any of these discoveries.

As to Ron Wyatt’s organization being non-profit and as such having no investors, I spoke to businessmen and television producers who have invested money into Wyatt Archaeological Research for television rights. There have been many tens of thousands of dollars invested in WAR. To date, none of those who invested this money has seen a shred of scientific evidence substantiating Ron Wyatt’s claims. Where is the report from the blood sample analysis of what Ron claims is the blood of Jesus Christ? Where is the Ark of the Covenant? Which museum is housing the ancient chariot wheels he claimed to have been from the Red Sea Crossing? There is no evidence because the video is a fraud. On the Noah’s Ark video, all the so-called scientific data cannot be duplicated, a clear sign that what was given the labs was false data. (Read John Baumgarten’s and Tom Fenner’s letter)

In summary, “A Great Christian Scam” was written to warn the readership of “Dew from Mount Hermon” magazine of Ron Wyatt’s deception. That was as far as I planned to tell the story. Since the story appeared on the Internet, we have received many inquiries from many Christian organizations asking for more information. Since Joel Davenport has chosen to publish a very misleading article written to discredit my article, I felt it necessary to release further documentation of the overwhelming evidence against WAR’s claims of the greatest archaeological discoveries of all time. Read the letters. Write or call some of them. Those professionals who have seen the evidence (or lack thereof) and those who have had dealings with Ron Wyatt will make it plain to anyone that WAR’s discoveries are hoaxes.

For other reports on Wyatt Archaeological Research see the following Internet sites: