An Evidence of a dangerous circular shaped weapon found

An ancient village called as Melaarasur, is  located 36 kms from Tiruchirapalli city,  and about 4 kms from Kallakudi or Dalmiapuram- Malvai road, in Tamil Nadu, India.

Based on the information given by Melarsur Rajendran, the archaeo-symbolist T.L. Subash Chandira Bose made a field study in the above said village. During the field study a stone pillar of 110 cms Height, 51cms Wide and 20 cms Breadth, belongs to 12- 13 century A.D., was identified at the western side of the North-South Street and also in front of a Lord Sri. Thiyagaraja’s shrine.

In the above said stone pillar;  a decorated symbol denoting Vimanam of  the temple and the garlands of the temple halls, the two symbols  such as Damuru and Plough of Chitra Mezhi Periyanattar, two types of swords, a Circular shaped weapon, a tripod, a puranakalasam and two lamps were found incised as bas- reliefs.

The archaeo-symbolist says, a particular  circular shaped weapon of 19.5 cms outer diameter, is a torus shaped with a sharp outer edged, dangerous combat as well as throwing weapon called as Chakaram belongs to Paanimukta type. It is also known as Cakera, Chakkar, Chakurm,Chalikar.

A well trained professional warrior can spin with his index finger or hold it with index and thumb fingers and then throw with very sharp flick of the wrist and the forehand. It produces the high speeded whirling motion, capable of cutting the hands, legs and head of an enemy.

The origin of the weapon

This circular shaped weapon is said to be originated in India and spread from Tamil Nadu to Punjab and few Asian countries such as Tibet, Malaysia and Indonesia.

This finding is documentary evidence that; 700-800 years ago the art of handling this dangerous circular shaped weapon was well known to the ancient warriors of Tamil Nadu Similar to Punjab state. 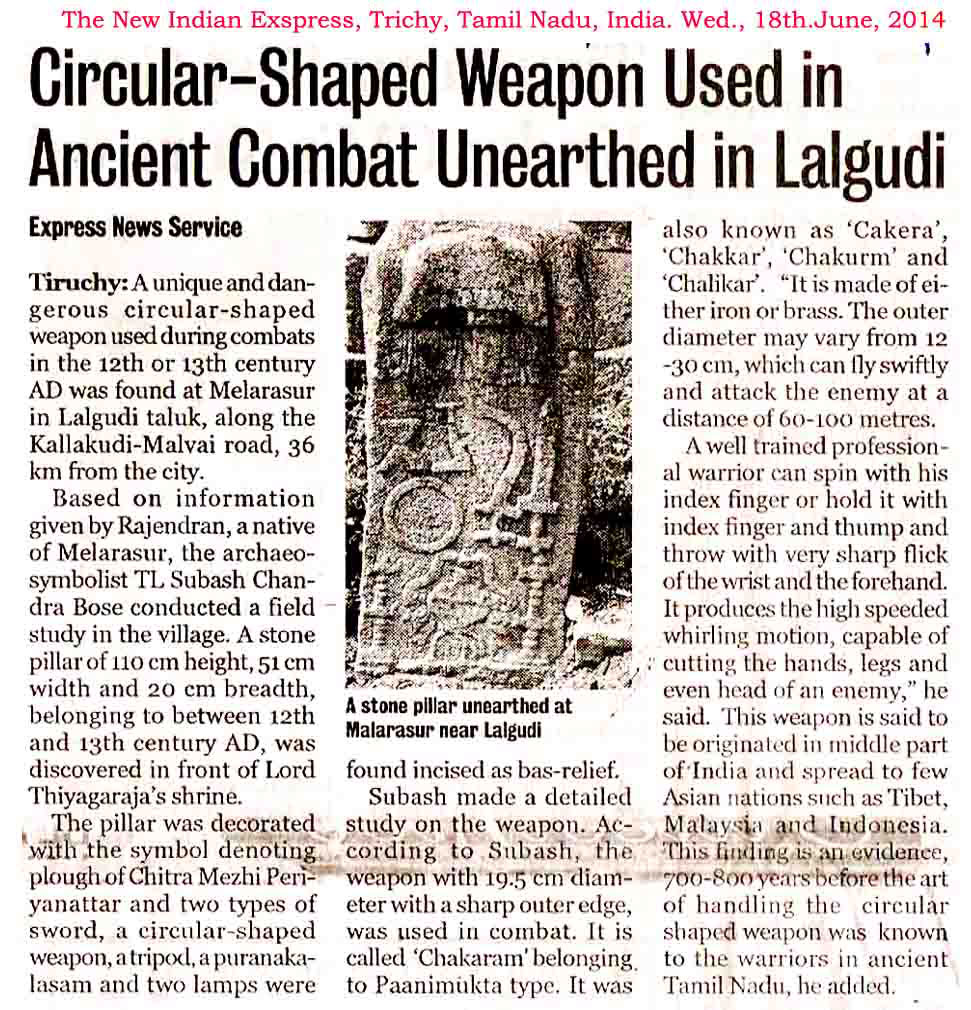 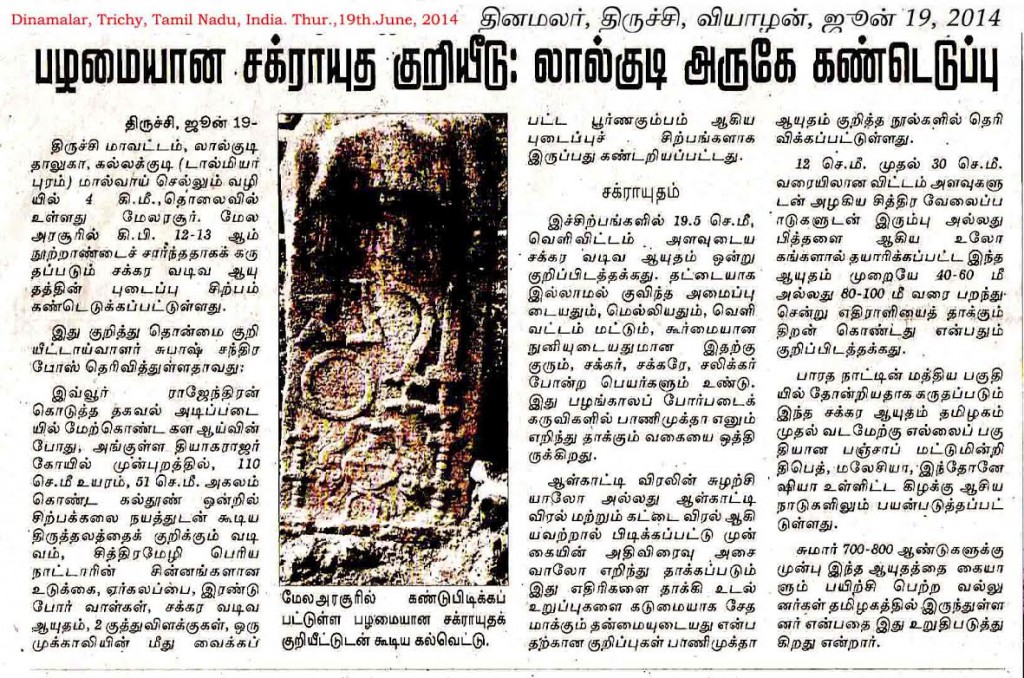 More articles by this author

The History Channel investigate whether a Chakar can chop off a limb as recorded in historical texts. Nihang Niddar Singh demonstrates the use of the Chakar and provides a brief description.