Why are we so drawn to stories of hidden treasure and lost loot? Just imagine unearthing centuries?old silver from the Roman Empire, salvaged Spanish coins and art stolen from the museums of Afghanistan.

In Ancient Treasures, you will read fascinating stories of lost hoards, looted archaeological artifacts, and sunken treasures, and more…

As spellbinding as a James Bond movie, written by one of Europe’s most renowned investigators and archaeologists, Ancient Treasures: The Discovery of Lost Hoards, Sunken Ships, Buried Vaults, and Other Long-Forgotten Artifacts is a gem?encrusted treasure chest of priceless plunder from archeological digs, Spanish swag and artworks stolen by the Nazis, including: 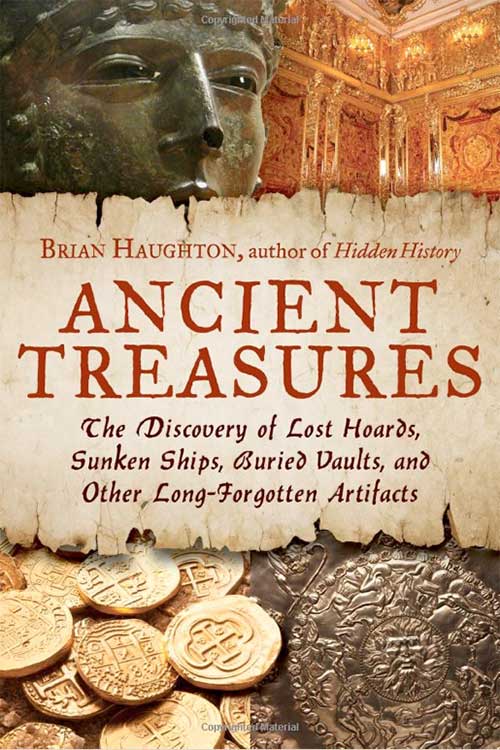 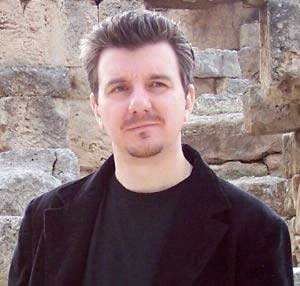 Born in Birmingham, England, Brian Haughton is an author and researcher on the subjects of ancient sacred places, ancient cultures, and supernatural folklore. He is a qualified archaeologist with a BA in European Archaeology from the University of Nottingham, and an MPhil in Greek Archaeology from Birmingham University.

Haughton’s first book, the best-selling Hidden History: Lost Civilizations, Secret Knowledge, and Ancient Mysteries was published by New Page in January 2007, and has been translated into eleven languages, including German, Russian, Greek and Thai.

His second book Haunted Spaces, Sacred Places, which concentrates on the folklore and myths surrounding ancient sacred sites, was published in July 2008.

His third book for New Page, about the folklore of the ghost story, entitled The Lore of the Ghost, was published in September, 2008.

History’s Mysteries – the long- awaited follow up to Hidden History, was published in May 2010.

Haughton’s articles have appeared in magazines across the world including, Awareness, All Destiny and the UKs Paranormal Magazine and Ghost Voices Magazine, and his work on the Princess Caraboo hoax has been used by the B.B.C. on a number of occasions.

Haughton is featured extensively in the History Channel documentary Civilization Lost, aired in the US in 2011. He has also appeared on radio stations both in the UK and US, and was interviewed by B.B.C Birmingham in 2009. Haughton is a member of the Folklore Society (England) and serves as a consultant for UK-based research and investigative organization Parasearch.

He long ago fell for the lure of the ancient world and tales of the supernatural, initially inspired by visiting the Neolithic chambered tombs of the Cotswold Hills in England and by reading the ghost stories of Sheridan Le Fanu and M.R. James. Brian currently lives and writes in Oxfordshire, UK. He has a personal website at www.brian-haughton.com.