World’s Fastest Computer Will Operate Like a Human Brain

A large group of scientists and researchers is working to develop the fastest computer known to man that would operate much like the human brain.

The Human Brain Project, which this month (October 2013) at a conference in Switzerland, combines the brainpower of 135 science institutions and government entities to create the computer brain. The project will cost about $1.6 billion.

The human brain is the most complex machine in existence, so it seems almost natural that technology would want to replicate its powers. The computer in development would be 1,000 times faster than even the fastest ones we use today.

Before you start picturing 2001: A Space Odyssey, know that these computers aren’t HALs in the making.

The first phases of the project, which is expected to last about a decade, is meant to better understand the functions of the human brain. 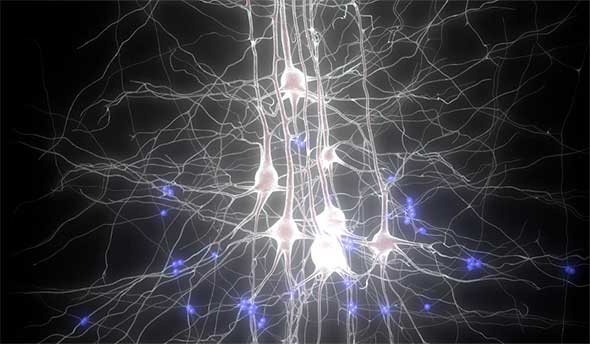 Next, the researchers are hoping to grasp how we learn, think, see and hear.

Currently, the hardware inside a computer reaches performance speeds of one quadrillion operations per second. But Henry Markram, the director of the Human Brain Project, has his sights set even higher.

“Well-known manufacturers of supercomputers like IBM, Cray, Intel and Bull are committed to building the first exascale machines by approximately 2020,” he told Fox News.

“So we are confident we will have the machines we need.”

The overarching goal of the project, as outlined on its website, is “to piece together our rapidly growing knowledge of the human brain.” Simulating the human brain provides insights into the brain’s inner workings and where our thoughts and emotions originate.

The implications reach beyond technology; such a simulation could help us learn how to heal the human brain, giving us a tangible model of its functions.

The project is still in its initial planning stages. The brain is about as complex as the universe; its three pounds of mass contains a comparable number of neurons as the number of stars in the Milky Way galaxy. How’s that for brain power?

Are There Really as Many Neurons in the Human Brain as Stars in the Milky Way?

This is a phrase a lot of science communicators like to use because giving people a sense of scale when it comes to large numbers is so difficult.

Even though we can’t conceive of the number of stars in the Milky Way or the number of neurons in the human brain, equating the two gives people a sense of enormity

. And as conscious beings we like to find patterns, and we find equivalencies interesting, especially when the things being equated are “important” or “epic” (like neurons and stars). 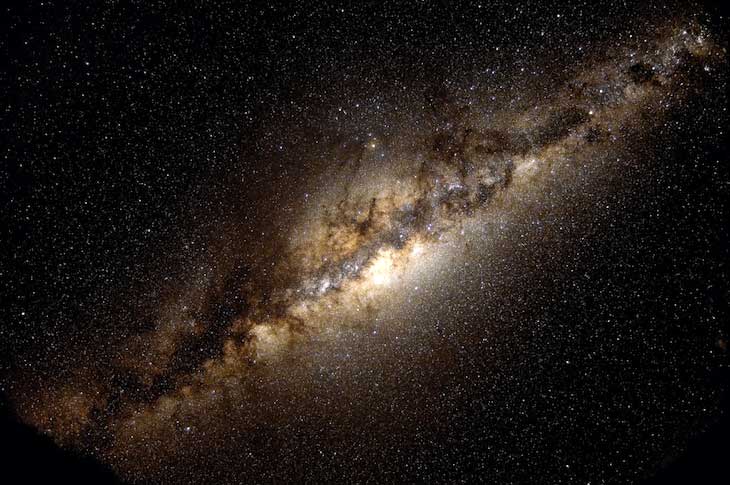 For a long time, neuroscientists would say that there are about 100 billion neurons in the human brain.

Interestingly, no one has ever published a peer-reviewed scientific paper supporting that count. Rather it’s been informally interpolated from other measurements. Arecent study from 2009 published by Azevedo and colleagues took a crack at a more precise estimate. Their answer?

Approximately 86 billion neurons in the human brain. The latest estimates for the number of stars in the Milky Way is somewhere between 200 and 400 billion. So close, but the human brain certainly doesn’t quite stack up!

But why do scientists think there are 86 billion neurons? How did they get that number? Well the easiest way to estimate the number of neurons in the brain is to count how many are in one part of the brain and then extrapolate out for the rest of the brain’s volume. 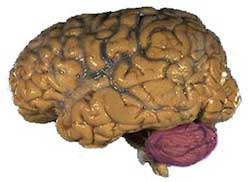 Interestingly, this method can also be used to estimate how many stars are in the Milky Way!

But the method has a few issues:

1. The brain’s neuronal density isn’t uniform. For example, the cerebellum (the artificially purple-colored structure in the bottom back in the image to the left (source: wikipedia)) contains about half of all the neurons in the central nervous system, but it is well below half the volume.

2. It’s hard to get an estimate even for one brain region, because the neurons are so dense and intertwined (and mostly clear!) that they’re hard to count separably. One method is to use a staining technique to make neurons visible enough to count them. A classic method is the “Golgi stain” (named after Nobel prize winner Camillo Golgi). This method stains only a few percent of neurons (no one’s quite sure why). So in the stain below (source: Scholarpedia), even though only one neuron is visible, there may be hundreds more in that space that you can’t see because they didn’t stain. 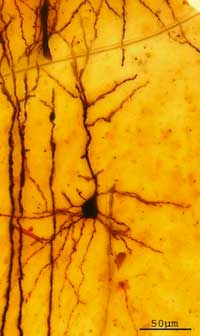 Using this method, you can estimate what proportion of neurons gets stained, count the number in some patch of brain, then extrapolate. But you’re introducing two variables for your guess here! Not very accurate.

The new method that gives us the 86 billion figure is… clever and unique.

The method involves dissolving the cell membranes of cells within the brain and creating a homogeneous mixture of the whole soup. The nuclei of these cells are stained using different markers to differentiate neurons from glia, allowing you to count the number of cell nuclei belonging to neurons (as opposed to other cells in the brain such as glia) and then scale up to get the overall number. The great advantage of this method is that unlike counting the number of neurons in one part of the brain and then extrapolating from that, it gets over the problem that different brain regions may have more or less densely packed neurons.

There you go! This is the latest plausible estimate. But you notice that to do this, the researchers are still using the extrapolation method.

Maybe soon, new crowd-sourced efforts such as the Human Connectome Project Eyewire game will eventually provide us with a more accurate number that doesn’t rely so heavily on estimation.

What are your thoughts on building a computer brain? Let us know in the comments below.