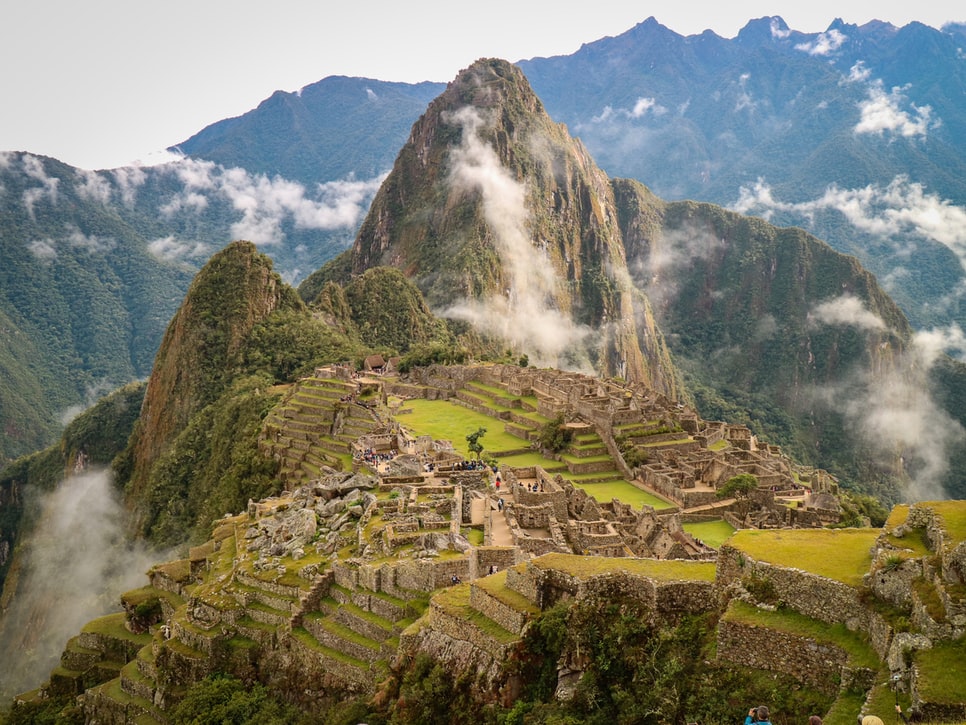 Thanks to various forms of modern technology, a greater understanding of ancient cultures is in our grasp. Take the Nazca lines, for example — stretching for about 50 miles on the Pampas de Jumana in southern Peru, the Nazca lines are a cluster of distinctive geoglyphs created between 400 and 650 A.D. The catch? They can only truly be seen from above. 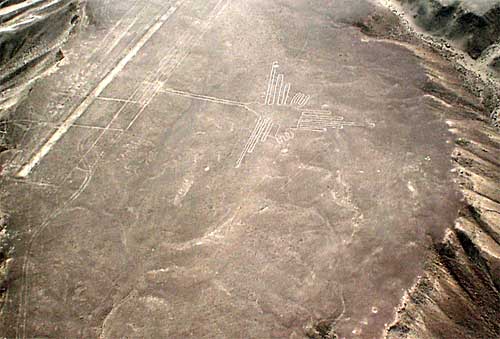 Because of that anomalous fact, modern knowledge of the Nazca lines isn’t even a century old. The mysterious geoglyphs, which depict a number of images including a spider, hummingbird, trees and plants, and various geometric shapes, were first reported in 1927 by archaeologist Toribio Mejia Xesspe. The lines became more well known throughout the following decade, as air traffic increased in the area.

Using modern imaging tools, we’re still discovering new lines on the Pampas and surrounding mountains, even as recently as 2011. Further, the development of new technology has wide-reaching implications far beyond the Peruvian desert. We now have the means to learn more than ever about ancient ruins across the globe, using new tech such as drones, GPS, artificial intelligence, and virtual reality.

Finding and Documenting the Missing Pieces

Of course, the Nazca lines aren’t ruins per se, but they serve as a prime example of the ways in which the field of archaeology is advancing, fueled by new technology. And deep learning algorithms are at the core of this modern tech, allowing us to catalog existing structures while also looking for patterns and connections. Deep learning techniques further provide a more accurate and quicker determination of potential site locations.

While data gathered by humans is integral to the site discovery process, machine learning helps to streamline the process. According to the University of California, Riverside, deep learning tech encompasses “sophisticated mathematical models and greater overall adaptability that together allow for more accurate results.”

As excavating a site is a costly and time-consuming endeavor, accuracy is paramount, and deep learning can bridge the gaps in funding by reducing or eliminating wasteful spending. Deep learning algorithms can be used in tandem with remote excavation tech, such as LiDAR, a 3D laser scanning technology, in order to identify potential points of interest without the need for costly on-the-ground excavation. 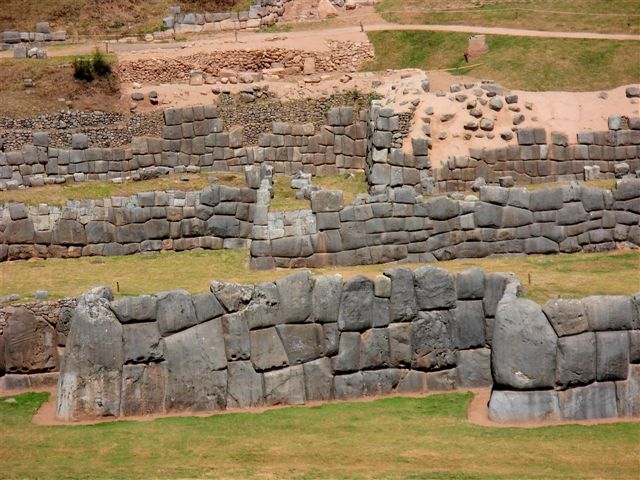 Deep learning can also help archaeologists uncover the bigger picture and recognize patterns that had previously gone unnoticed. The tech may even help solve some of archeology’s biggest questions, such as how prehistoric people were able to build the stone walls at Sacsayhuaman, also in Peru not far from the Nazca lines. The walls were constructed from limestone, at an elevation of 12,000 feet, and the stones align so perfectly that even a blade of grass can’t fit between them.

The construction of the Sacsayhuaman walls is one of history’s most endearing mysteries, a distinction shared with the reasoning behind the Nazca lines, best visible from the air yet created centuries before the existence of aircraft. Fortunately for modern archaeologists and history buffs, we now have tools that allow us to view ancient sites from above.

The best part is that we don’t even have to shell out the cash for an airplane or helicopter when drones can do the job just as well. Using drones, we can accurately locate and document archaeological sites, even in the most inhospitable terrain. For example, in 2018, drones helped to uncover a massive, previously undiscovered Mayan city in Guatemala. 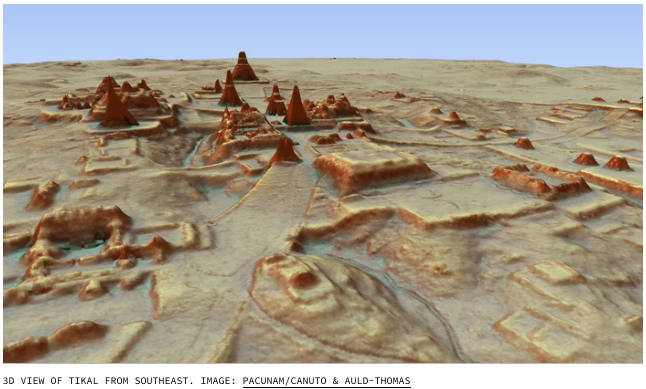 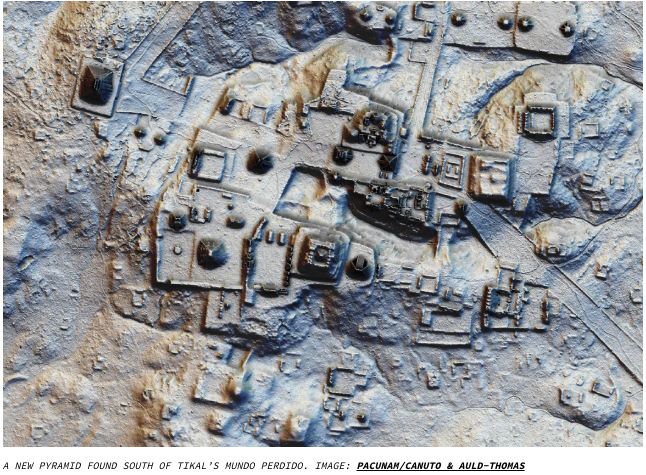 The discovery of these ruins would have been close to impossible from the ground, as the region is encompassed by a lush, thick jungle landscape. Drones can take a form of aerial photo known as an orthophoto, resulting in precision accuracy, zero distortion, and a uniform scale across the entirety of the image. This type of accuracy is paramount when planning an excavation, making drones an indispensable tool in the modern field of archaeology.

The Implications of Virtual Reality

Take the famous discovery of Tutankhamun’s tomb, for example: When archaeologist Howard Carter opened the tomb of Tutankhamun in 1923, he had no way of knowing exactly what was in store. In fact, he had searched for five years in vain for the undiscovered tomb he believed existed. Imagine how quickly Carter could have located the tomb using a drone with infrared imaging capabilities.

New tech has even more to offer besides streamlined excavation and site discovery, however. Using virtual reality (VR), sites become publicly accessible yet immune to damage from well-meaning visitors ( https://youtu.be/6fPrIcyuCzA  ). Archaeological-based tourism has become increasingly popular in recent years, to the detriment of many irreplaceable world heritage sites. Some cities and sites have even implemented protective measures like caps on daily visitors and hefty entry fees in order to reduce the damage caused by over-tourism. 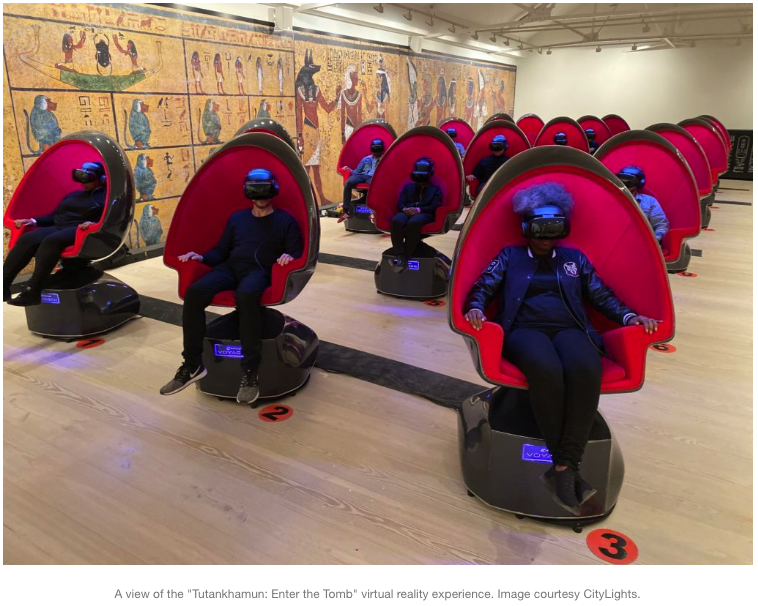 Because of this, the future is bright for the field of VR development. While widely considered an entertainment-based form of technology, VR’s uses have expanded into a number of more practical applications, such as wireless development and 3D engines.

It’s time for archaeologists to get in on the action, both to improve information accessibility and protect fragile ancient sites. For example, VR helped archaeologists gain access to several sites in California’s San Emigdio Hills in 2017. The sites house well-preserved rock art but are difficult to directly access due to the presence of exfoliating sandstone at the location, which is extremely fragile.

It seems unlikely, but modern technology has helped to bring us closer to our ancestors, even the ones who lived, danced, and built walls thousands of years ago. We no longer even need to leave our couch in order to virtually explore the catacombs of Rome or to take in the majesty of the Nazca lines. More than likely, ancient secrets will continue to be revealed long into the future with help from modern tech such as VR, drones, and deep learning.