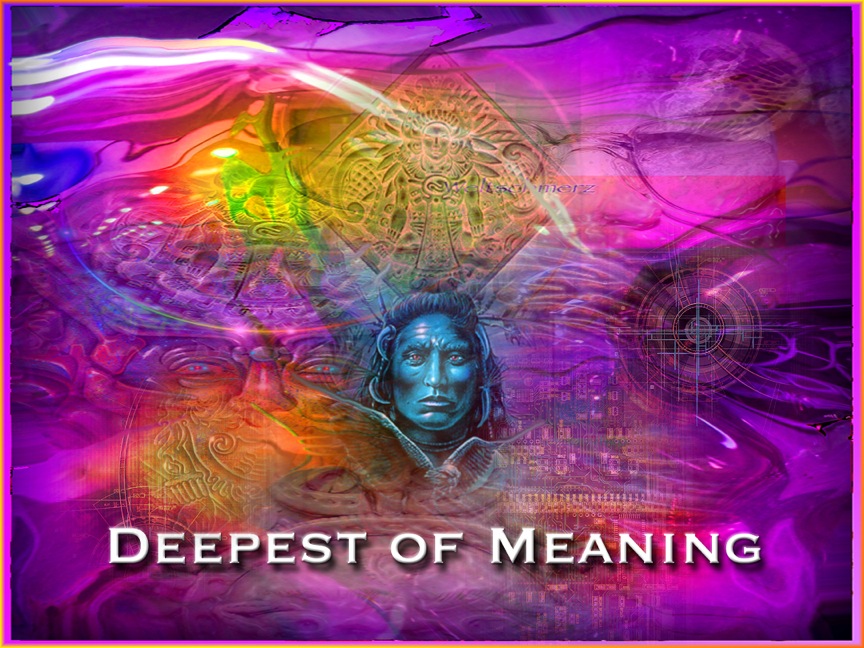 Deep within the psyche of all humans lives a desire for recognition of one’s existence and prowess.  In order to fulfill this desire within mankind, one finds the first step to position for recognition of who and what we are here in Time/Space or physicality.  That step is the act of leveraging all physical aspects for power and control in every event sequence that we perceive and participate with in life. Thus we begin our learning here in this physicality.  The first step is one of moving thought that manifests into an act designed for power over the other.  The Me (you) view all outside or external entities or material objects as the Other.  Put simply — there is Me (you) and there is the Other.  To the Me, all outside persons, things, whatever — are the Other.  The Me competes with the Other for power and control within the realm of Lawful-existence or what some call the Essence (Laws of Physics or Nature).

The Essence is also considered the Universe.  It is where the Me and the Other reside in a quantum existence full of laws and forces that leverage us by its own making or being.  Some call this realm God.  No matter how you term this inexplicable being or state of existence, you are here taking part in a drama that no one person can explain.  You, the Me, really do not know if the Other really exists, but if it does not exist, do you exist?  Without the Other, would you have the data to communicate back to you in feedback, that you exist? 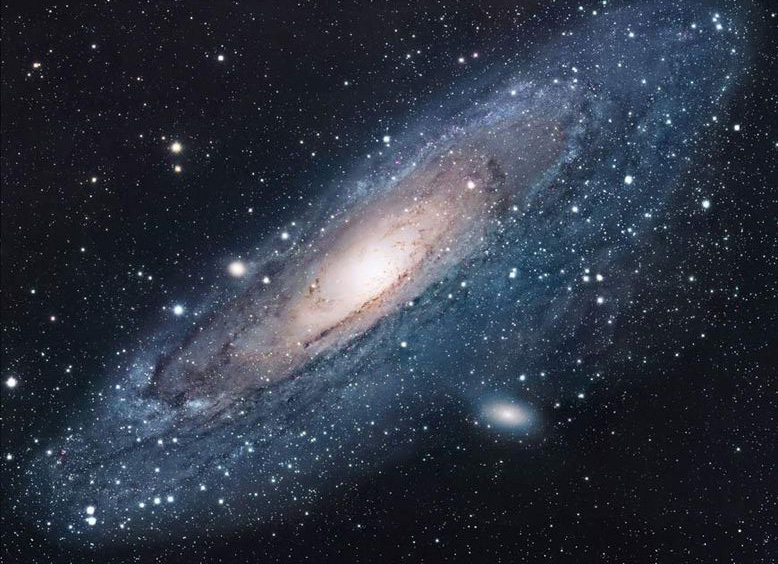 The Void is the Ultimate unknowable, yet it may be non-existence.  You may never know the meaning of the Void as the Me.  The self-oriented being or person can not know the Void, for it is deep, dark and undetectable to most minds.  Selfish persons who desire recognition are really looking for reinforcement that they exist.  Selfishness causes non-learning and pushes us closer to the edge of the Void.  Without attention from the Other, we have no worldly data to feedback on the reality of our existence.  The only way we can ever learn our way in the universe is to become unselfish
and reach out to the Other to learn from all of them.  To join the Other is to become unselfish.  This is what some call Love or Human Coherency.
To Love the Other as we Love the Me is to gain knowledge on the Essence and the Void.  The more we share knowledge with the Other, the more we see of life.  An unselfish person soon learns that he is the combination of the Me and the Other.

Leveraging for Power in life means that the Me will use Violence, Wealth, Religion, Knowledge, Beauty, or Love to gain control over the Other, or seek recognition from the Other.  There is really only one selfless means of communicating with the Other.  It is Love or shared coherency.  All other means are elements that invoke the ancient law of consequence.  The law of consequence is also known as the law of cause and effect… what goes around, comes around.  Because the law of consequence is leveraged into existence by selfish acts by the Me for his/her own gain (in effect saying that the Other does not exist therefore negating the Me’s own existence).

Look into the eye of the Other and you will see the mirror of the self. No person exists beyond the data of his/her own senses.  Without the feedback of the other’s activities, there would be no data to see, hear, taste, smell, touch or examine with the brain or the sixth sense.  The seventh sense is intuition which few beings develop unless they are unselfish and understand the power of the law of consequences.  In your mind dances all the data of the Other.  Without the knowledge gained of the outside world, you would be nothing.  You are what you learn.  You are an accumulation of all your life experiences.  You are the Other replicated by leveraged experiences reinforced over and over again. Wisdom is gained when you learn to Love the Other and Life becomes a Passion for harmony and continued becoming through visualization in Mind.

To move deeper we must visualize this reality as a matrix or arena of participating experiences.  Our Universe is like a record, tape, disc, or some other storage device for information.  Only it is much more.  It is a continuum that is open-ended.  It is everywhere and everything and it is in a state of durational change.  It is enfolded in a super holographic moiré matrix of multiple dimensions that act as one or many depending upon the informational flux.  It is like an atmosphere of mental assemblages of feedback loops that appear to be its construction only in that its
emphasis localizes in beings who become.  This universe is hierarchical in design with lower level entities not totally knowing of higher-level beings, yet the reverse is not true.  They know us, or things could not have been built.

Informational connections are like sense organs.  The more information and observation (feedback) the more complex the assemblage of localized forms.
The more gestalt or whole the feedback loops of connections, the higher the being and more active is the work.  The Universe is metaphorical in that like-breeds-like in evolutional information constantly burgeoning. Carriers, or entities feed through themselves growing through various stages that appear as birth, life and death to the localized environment but to the higher stages it is only process of information toward ever-higher levels.

Opening up new feedback loops amounts to adding new information, thus expanding the localization into new realms of understanding.  As expansion grows, human language, because it is linear, becomes a curse for communication on higher levels where synchronistic hologestalt meaning is understood.  This language (meaning) is metaphorical and multifaceted, requiring a mind or lens (localized brain) of the same interface design.
Growth and decay, which is like withdrawing from a stage of development, depends on the quality of information that mingles with other information to create tools for leveraging information. Therefore, we find ourselves in a Spiritual Dimensional Presence expressing as ALWAYS.

Dimensional Presence is a condition where an entity mentally cognizes or thinks that he/she is present in existence or reality by discerning sensual stimuli (atmosphere, environs, information and things) that suggest he/she is alive due to the feedback of instantaneous information to the Carrier’s mentality or mind. All sensory data gives the feeling that they exist reinforced by the constant input of past history. Memory is key to the feeling of progressing into potential. One wonders if such a presence has built from a condition of previously suggested as Always.
Such a condition of eternally existing as a mentality in many states of expression is who and what we are here in Time/Space. Dimensional Presence coalesces via some means of manifestation into a package of informational dynamics that moves into and through a materializing state supported by an organizational apparatus that directs echeloned dissipation of preplanned articulation. To be requires preparation system/s of established instigators and expressers that can methodically synthesize consistently through a framework of echeloned laws and actions off those means of
assembly.

We are in awe of being “vehicularly” created in order to experience physicality! To build our minds through physically doing and learning is worthy of the process of existence! The expanse of creation is directly proportional to the ability to comprehend space beyond time and build infrastructures in the mental reference plane. Our minds fly to new challenges around every corner and beyond every cloud! We ride the duality of holospirited light whereby our power ignites purposeful energy for magically traversing here!

Mind pervades the known echelons of dimensional space/time hidden in the universal fabric of existence! Mind is in evidence everywhere as design shows its prowess through its very interface with reality! It’s logic and reason is evident even in its complex incongruity. Mind understands that chaos is unperceived unity when speed factors take actions beyond human understanding thereby joining the universal macro-sphere. Learning Chaos requires deep yet speedy concentration. Those of us who are highly advanced know chaos and use it to our advantage in the Universal Macro-sphere.

The Universal Macro-sphere is a realm not discerned by the mundane and flippant. It is the deciphering of the secret messages of the entire scope of the info-scape or the universe and the dimensional Akashic Realms — where its conditions allow one to see beyond the self. The stratospheric relational held in the very landscape of the Earth holds the secret of the driving force of the unseen, moving mind. The reading of the striations and the very scratches of an aftermath from reality, show the history of device impact and movement here in time space. One must know the engineering required in this traversing experience.

Examining the data held in the echelonic realms gives us the entire scope of mentality whereby the essence of being resides. So many forget via hastening their love of pleasure and adulation to cloud their intellect thereby not attaining their mission‘s duties. We should be totally amazed toward awe that we get to be here at all…

Not that one is, but that whereby Is, is. Thus is the Crux of Being and Becoming.