Transfixed by Our Mirrored Image…

How often do you think upon your own being — who you are; what you are; what we all constitute due to existence? What control do you exert upon the direction of your thought? Who are you — really? Questions always seem to descend upon your consciousness when you are alone, secret and contemplative.

How would you perceive your surroundings? What difference would anything mean to the reality of things such as religion, gender, image, time, space, power or love? If, over duration, you happened to see where your data-of-being (the information you are) was coming from — say some feedback such as a mirror image of yourself — what would your reaction be upon viewing the entity you thought you were or weren’t? Would you be transfixed (frozen) in amazement and focused-evaluation of the curious reflection upon your own mind?

As a being that knows, or thinks — The void of no thing offers one the ability to view reality through TRUTH. Truth is the purity of mind with no negatives and only reinforcement of positives. It is the dream of idealism and leveraging from exacting elementals held as essence.

We are all things and no one thing. No mind modality is singular for it must have the Other in order to realize itself in a feedback of the origin’s initial issuance. We are many parts of the whole almost as a hologram with dimensional parts building the whole as a smear in a spatial void.

We are mind and we are monadically multifaceted or coherent whole/s. We enter realms whereby we are able to look upon our selves by a system of feedback looping. Manifestation of forms suggests a massive realm where we are able to participate in unison and in oneness. Light beings are we in some cases whereby we are able to create our own vehicles with the aid of automatic systems of Godliness in TIME/SPACE. We enter these vehicles of intricacy in a world of complexity guided by an assemblage of elementals held within the laws of God or what you seem to call, physics. What some call “numbers” rule this realm and is its language of manifestation. Numbers are iterations with nuances that mean something. They issue forth at the behest of MIND. Mind is the collector of all known and unknown potential to such manifestation in Time/Space. The higher vehicle you ride is a light machine of programmed automation in a package and physicality that is designated via karma held in Time/Space and the generative order. It is imperative that you dwell your thoughts upon this paradigm so you may see yourself beyond physicality to the smear of Always. Through deep contemplation you may rediscover your issuance into all of being and becoming through thought, which is your vehicle of transfer and the holder of what some call MAGIC. It is the ultimate means of occupation outside of the sheath. Seek your deepness.

If one seeks total deepness, we can see ourselves in virtually every dimension of flowing. This requires a dream state from physicality whereby one may see glimpses of this realm. If cultivated, one may see the holospirited realm of two or three souls. If one grows, we shall see all linkages and then know our oneness. This complexity is massive and one must be willing to relinquish our hold on the ‘HORIZON’. The worldly unknown will wash in upon your cursor but hold on until you recover. Humanity has held itself back from REASON for far too long. We have much to learn of our capabilities on this journey through contemplation.

The journey of existence is somehow tied up in the image of our being. Is it our Karma or the assembled structures of the consequence of our actions? Humanity has for eons taken its reflection for granted as the reality of what its universe must be — yet, there is apparently much more beyond the illusion of animated atoms (pixels?) dancing in front of our faces. We enter via a Generative Order, something in the background of our presence. This implicate realm of laws and automatic expressions is a mystery to those of us who do not delve into our deeper truths. If we could only perceive what we cannot see due to the incomplete lens that serves us as data-gatherer (mind to brain) inherent within our very psyche. One, who is astute, may want to see what makes all this “stuff” really work. Why do we not strive for deeper meaning of our own selves — know thy self.

Mankind seems caught in a web of self-interest. Once we become transfixed by our own image, we cannot isolate our actions from the protection of our own visual-logo and its message to other beings…the THEY. The THEY or the OTHER seems to energize our psyche almost as batteries to recharge us. We delight upon being noticed by the light of their gaze and secondarily our own. Response is important to our well-being. To be, we must be observed and observe the exterior/interior. 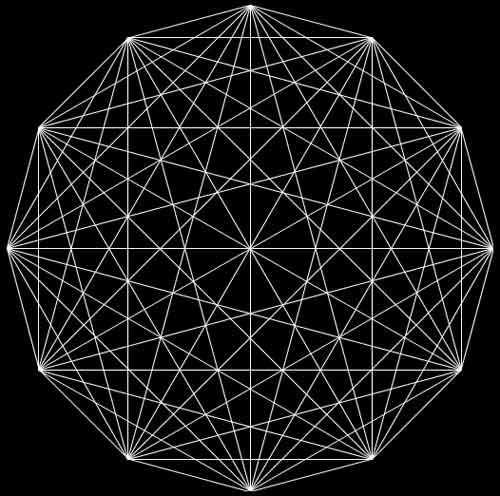 The multitudinous webs of feedback loops entangle our perceptions to such an all encompassing degree that we soon are unable to look beyond the structures that the web has built within our minds. It becomes our world. We cannot see beyond our own images thereby transfixing our minds into opaque filters that withhold the true reality of the universe. We stand, blinded by the light and its magnificence. We once knew this existence, a cosmic duration that we can only remember vaguely in this state of being, though we are the results of its background workings. We are entities occupying forms as a means of motivation in a physical space. 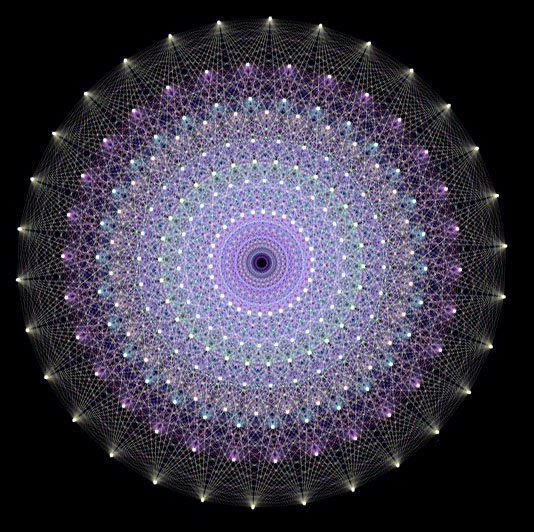 For some, near death experiences (NDE) have opened a peephole upon the dreamscape of a larger reality exposing sublime realms that lurk within the depths of our souls. Could these doorways of amplified perception signal the beginning of humanity’s time to join the reality of Godhead? The electromagnetic spectrum seems to be the stage of Reality’s performance with a broadcast that may issue from a hidden generative order to become focused upon the arena of the physical. From the dreamscape of creativity issues the dimensions of a holographic universe built within the realms of a multifaceted/multidimensional being. That one existence just may be the particulate to the puzzle of a collective humanity.

Today, we are upon the threshold of understanding if mankind has the will to face the mirror of his own image and grasp its “total” meaning. That mirror is currently manifesting through the new technologies of holography, virtual reality, fractal geometry and a refreshed “spiritual” physics that seems to be dawning upon the mindsets of once hardened scientists. Common folks are also seeking to untie the bonds of polarized religious and political leveraging to step into a new maturity that sees beyond demagoguery and opens to a massive existence that transcends physicality and life and death. The realization that humanity and the universe are inherent within the very fabric of existence is exposing an anomaly of the former world order. The quantum leap to our psyche is the realization of our forgotten oneness.

The collective WE (One) are alone. From the vast dimensional depths of space to the horizon of creation; as well as, from the edges of complexity to the tiniest point of simplicity; hidden deeply within the motion that causes multiple chaos, exist the impetuous that forever has been this dream of being. One by one, when the memory of our base-beginning returns, we perceive the reason we search within the eyes of our friends, a stranger, relatives, even animals — we seek reinforcement through observation, for existence. Once energized by that powerful light of reflected-Deity we live for the next recognition of our individual existence.

Behind our soulful presence shines another, larger eye on the universe — it intuits the energy of the other’s gazes but only sees the reflection of its own. Is our deep fear of being like the One’s knowing of absolute loneliness? Is the physical universe the mirror to the face of the One-All…our source/s of multiple existence/s projected from the dreamscape of true reality thus manifesting the illusion of physical or virtual holo-existence? If the above were true, could the individual mind ever comprehend the totality of this idea? Look into the Other’s eye and search. You would not exist without the other. We are a reflection of ourselves.

More Articles by the Author >>