This post relates to the work of Laszlo which you have recently brought back from the archives, and it addresses just part of my work on the earth energy grid. Another thread goes into that in greater detail which I also just posted.

Both Eastern philosophy and Western science have taken these mysterious glands very seriously and their dual tasks of receiving information and controlling the hormones is of particular interest to our study of the wonder child. One of the most interesting explanations for these tiny glands is that they are the radio station receiver system for the human body and that a great many of the received ‘radio waves’ do not originate in places that we can necessarily immediately be conscious of. From outer space, for example, from other people too far away to be visible or audible, from the past and the future, from the dead, from animals, plants, birds, insects – in fact from everything around us, then and now.
To join discussion, please visit our forum:

IT MAY BE, AND IT IS SUGGESTED HERE, THAT THE DUCTLESS GLANDS RESONATE WITH A COMPLETE THOUGHT FIELD

Much research is presently in process by scientists, such as, for example, Gazzaniga and Eddelman, into this particular area of discussion and this concept of a ‘cosmic thought field’ resonance device in the ductless glands {The pineal gland has small grains or crystals that ‘buzz’ like a crystal radio set. When humans get ‘high’ they sense this hum or ‘buzz’.}, can only be presented as an hypothesis, but it is one nevertheless worthy of discussion.

If we consider that the innate releasing mechanisms which each child contains in the earliest years are open to anything that comes in, and that we, the adults, effectively close certain of them in order to protect the child from danger, it may become clear what could be happening inside the system. The glands, receivers of stimuli, have learned to accept certain input from this thought field and to refuse other input so that a great deal of the stimulation available from the cosmos is simply cut off at the source.” (5)

Our next entry the Third Eye will delve into some other aspects of this brain of the soul. This book is sub-titled appropriately when you consider the common sense nature of this important ESP ability and what was likely a very appreciated part of human life before our jaundiced sophistication and manipulations of recent times. ‘Rediscovering the Magical World of Innocence and Joy Within Ourselves and Our Children’ is something we should place as a very high priority. They continue as follows:

“It is not suggested here that children are in a permanent state of enlightenment in the same way as those such as J. Krishnamurti or Buddha discovered, for this is a particular state far beyond all other states. But it is suggested that the state of innocence in childhood samples a comparable connection with reality, which if retained through into adulthood, can bring astonishing beauty and joy. Many children feel this light filled and natural form of existence everyday-and not only think nothing of it (!) but would not begin to consider writing reams of descriptive matter on it. The greatest tragedy of this profound situation is that adults are unable to understand the innocence of childhood in its full form ‘at all’ – simply because the natural state does not exist to be understood – it is not a matter of the intellect… if permitted to flourish through adult appreciation of it, can bring both the child and parent closer together. But because the adult has forgotten it, consciously he/she does not wish to complement it, very often out of simple misunderstanding…We pass on our fears to our children – step by step, as we move through their lives beside them – and in so doing we manage also to wipe clean their joy, their freedom and their innocence.” (6)

Facing fears early in life is essential to maintaining a growth-oriented full life beyond the ego and its insecurities. Most people aren’t able to remember the simple fears as a child that formed their character. There are many political and religious organizations who have actually fed upon these urges and fears for millennia, as we have shown. Our means of dealing with the fears as adults is often denial or outright avoidance. It causes us to need black and white answers and makes us convinced the ‘experts’ who provide those answers are worth listening to. The result would not encourage a man like Nostradamus who grew up near Rennes le Chateau to think his Jewish kabalistic or Cathar roots would be understood enough to share his knowledge. Fortunately for us he became a Jesuit and had the backing of powerful people who he had helped (like the de Medicis) and thus he gave us a glimpse of the knowledge that exists in the future. These glimpses and quatrains are not easily deciphered and include the possibility of change if we learn to exercise free will. 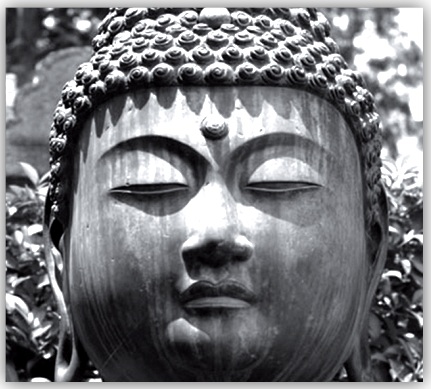 THIRD EYE: – The science of parapsychology has actual physical equipment to enable replication of results due to Col. Bearden’s work, as we have covered. Not long ago this was not true and we are going to show the struggle good science was having in the battle with the control and manipulation of the ruling paradigm. This next quote comes from the 1994 J. B. Rhine Lecture, delivered at the 37th Annual Convention of the American Parapsychological Association in Amsterdam, on August 8th of that year. It was delivered by Ervin Lazslo of The General Evolution Research Group in Montescudaio (Pisa), Italy. They start the presentation with a small piece of wisdom from Albert Einstein – “We are seeking for the simplest possible scheme of thought that will bind together the observed facts.” (7)

When talking about what the third eye and psychic ability avails each of us, I often find the logic of the person listening to me gets in the way. They think all the experts who taught them or present the news on TV can’t be wrong. Even when I do something that amazes them they still get caught in the quagmire of their fears and doubts that they could do the same. They are hearing the words of their leaders talk in fancy words which have little actual meaning to them but sound so impressive. That is why we present some of the same for your consideration at this juncture.

“If the quantum vacuum is to be identified with the field that carries the effects associated with psi, its virtual energies must interact with matter in the universe, including the matter lodged in the brain of human beings. The indicated interaction calls for two kinds of propagations in the vacuum. One kind constitutes the known charged particles that make up the matter-component of the universe. The other kind, however, calls for an innovation in theory: for postulating that also scalar waves propagate within the super-dense virtual-energy field of the vacuum. Scalars, in ordinary vector analysis represent a quantity that is completely defined by magnitude alone, without reference to displacement. Waves of this purely ‘informational’ (rather than ‘force’) kind have been discovered by Nikola Tesla at the turn of the century. They are longitudinal waves, like sound waves, {Does this connect with the ‘one-dimensional harmonic force of String Theory?} contrasting with electromagnetic waves, which are transverse. Scalars may exist at the level of the quantum vacuum,

“And where they would be generated by the motion of charge particles {Recall the electron scavengers of Dr Robins.}. In this view the motion of electromagnetically charged particles in the vacuum approximates the action of a monopole antenna: it alternately charges and discharges local regions of the vacuum’s virtual-particle gas. Quantal motion thus triggers scalar waves in the vacuum, and these propagate by alternately compressing and rarefying its virtual-particle gas. The scalar waves generated in the vacuum modify the self-regenerating {Recall the ‘peptides’ from Bill Joy’s article and the nanotubes.} cosmological feedback cycle outlined by Harold Puthoff. (Puthoff 1989) In Puthoff’s feedback cycle interaction between the zero-point field (ZPF) {There might be a connection with the Mayan Center Point Theory of building temples on earth and cosmic energy grids.} and charged particles results in an exchange such that there is no average transfer of energy in any direction at any frequency. However, given the propagation of scalars in the vacuum, the energy field with which charged particles achieve local dynamic equilibrium becomes inhomogeneous and anisotropic – the fluctuations generated in the vacuum by the motion of the particles translate into the local equilibria generated between the particles and the ZPF. In this process the interference patterns created by the motion of charged particles modify the local topology of the vacuum, and the modified vacuum field modifies in turn the motion of the particles. (Lazslo 1993, 1994)

The translation process instantiated in the interaction between particles and the scalar spectrum of the vacuum amounts to a two-way Fourier transformation between objects in space and time, and their waveform equivalents. Fourier showed that any three-dimensional pattern can be analyzed into a set of regular, periodic oscillations that differ only in frequency, amplitude, and phase. Specific waveforms can be exact representations – ‘Fourier transforms’ – of spatiotemporal objects. For example, when a vessel creates waves on the surface of the sea, it creates Fourier-transforms of its impact on the waters of the sea. This is precisely what may happen when charged particles trace their trajectories in space and time: they leave their Fourier-transforms in the virtual particle gas of the quantum vacuum. …