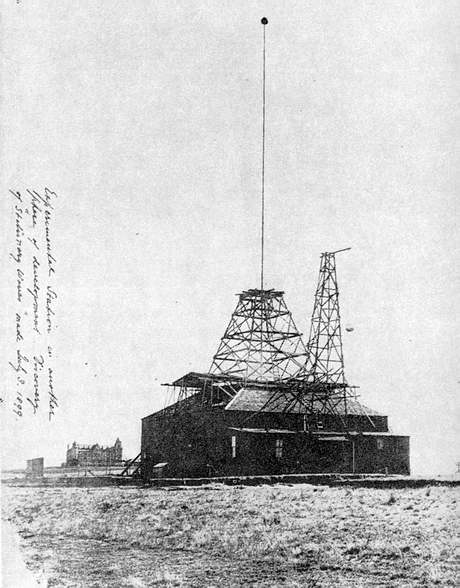 In the early 1900s, German physicists Jonathan Zenneck and Arnold Sommerfeld first theorized that electromagnetic waves, under certain conditions, could use the surface of the earth as a waveguide. However, most of the scientific community ignored their findings for more than 60 years.

It wasn’t until the 1970s that brothers, Dr. James Corum and Kenneth Corum, re-discovered this research and began working to prove through experimentation the existence of what is now known as the Zenneck surface wave. In 2003, they succeeded.

Inspired by their discovery, Viziv Technologies was founded in August 2013 to develop the commercial applications of the ZSW.

With Viziv Technologies’ patented processes and systems, electric power connected to our launch structures is wirelessly delivered to matched receivers all over the globe. The launch structure for a ZSW is not an antenna. Rather, it is a coupling probe that connects the power source to the global waveguide. While the size of the coupling probe does depend upon the frequency of operation, it will be much smaller than a traditional radio frequency antenna designed to transmit at the same frequency and distance. 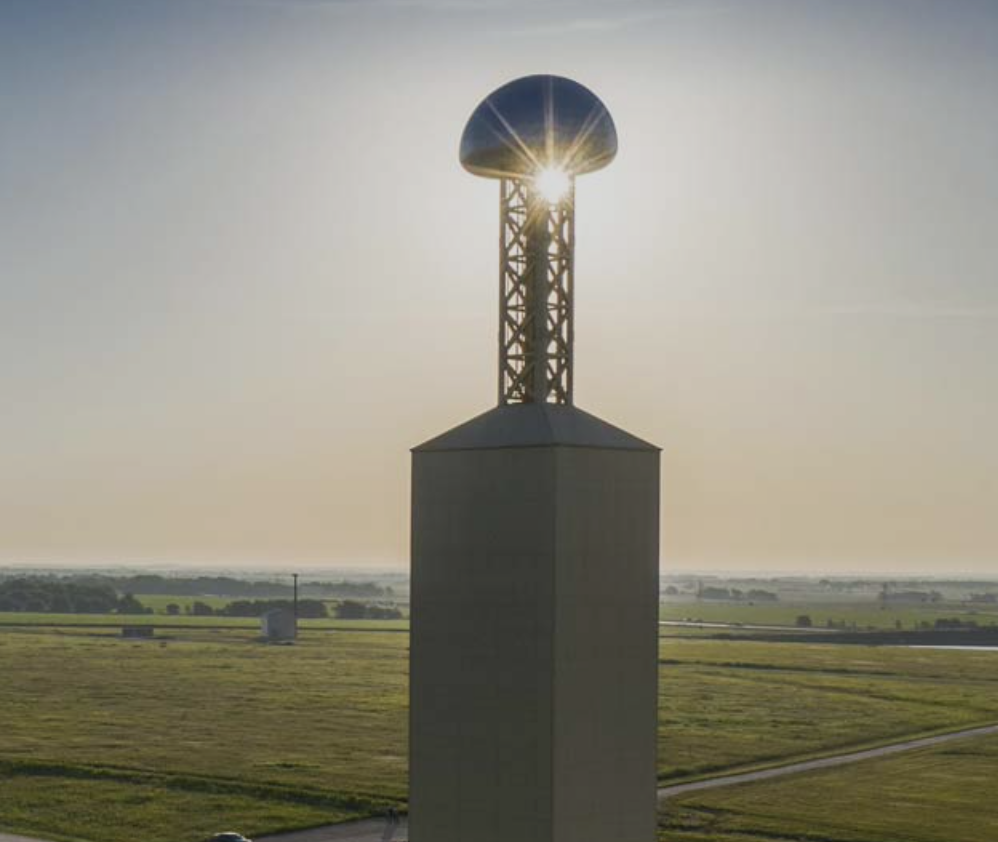 The term “Zenneck surface wave” (ZSW) refers to a unique mode of wave propagation wherein electromagnetic energy is guided from point to point by and along the interface between the earth and air. Conventional power-line delivery of electrical energy is accomplished through electromagnetic waves that are guided by the transmission line wires that span from tower to tower or pole to pole.
Radiated electrical energy, like that used for radio, television and cell phones, is unguided and spreads out in all directions as it travels, being reflected and refracted in multiple directions as it encounters the surface of the earth and other objects.

ZSW’s exist in the domain between conductor-guided waves and waves launched and propagated from antennas. Specifically, a ZSW takes advantage of the electrical current densities induced in the surface of the earth whenever a wave strikes the earth at a precisely defined angle called the complex Brewster’s angle.

High-power energy transfer requires that the ZSW completely spans the globe. To achieve global coverage, the frequency of the ZSW needs to be in the low kHz (kilohertz) frequency range, typically 10 kHz or less. This low frequency requirement is driven by the amount of attenuation experienced as the wave travels along the surface of the earth. At higher frequencies, the attenuation factor is so large that all of the energy put in the ZSW, not captured by a receiver, gets absorbed by the earth. At the lower frequencies, a global standing wave can be established such that a very small amount of energy gets lost due to heat in the earth and a receiver can extract energy from the standing wave when and where needed.

The launch structure for a ZSW is not an antenna, rather it is a coupling probe connecting the energy source to the surface waveguide, i.e. the air in contact with and immediately above the surface of the earth. While the size of the coupling probe does depend upon the frequency of operation, it would be much smaller than an equivalent radiating antenna would be, if the antenna were designed to transmit the same level of power with the same efficiency. The energy radiated from such an antenna would further be dispersed in all directions and unavailable for capture by a receiver located on the earth. Small size, controlled dispersion, low attenuation and efficient operation are all features of ZSW systems that make them attractive for a wide range of applications that require moving energy and information from one point to another over the surface of the earth.

A favorite idea of Nikola Tesla a century ago, the use of waves that skim the surface of the earth to communicate wirelessly is coming back.

A hundred years ago, electrical pioneer Nikola Tesla was working on a radical new type of radio using waves that skim the surface of the earth rather than radiate into space. Tesla believed he could transmit signals across the Atlantic using these surface waves but never succeeded in his lifetime, and the idea faded into relative obscurity. Today it’s back, with the promise of a new system for high-speed data transmission that would combine the benefits of wired and wireless communication.

Surface waves, or electromagnetic waves, which tend to follow the contours of a surface, had been proven to exist mathematically in Tesla’s time. But their practical use was debated. Because they follow the curvature of the earth, surface waves can reach a distant receiver on the ground that is beyond the horizon.

“An inexpensive instrument, not bigger than a watch, will enable its bearer to hear anywhere, on sea or land, music or song, the speech of a political leader, the address of an eminent man of science, or the sermon of an eloquent clergyman,”  Tesla wrote in 1908. 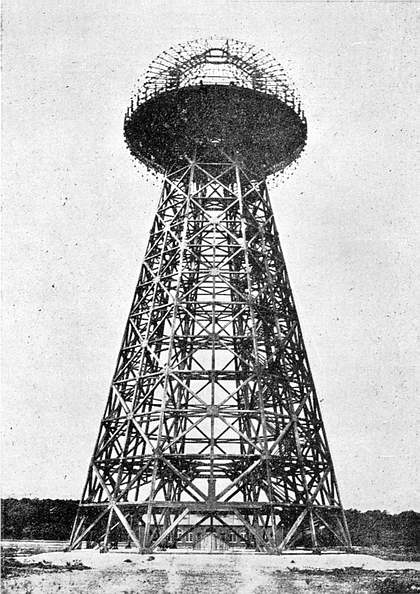 Tesla’s attempt at long-range radio failed, apparently because the theoretical physicists neglected a factor that meant the waves could cancel themselves out. But these days, thanks to different wavelengths and materials, scientists are overcoming those problems and creating radio transmissions that can reach over the horizon.

At high frequencies, a type of surface wave called Zenneck waves can propagate along a surface. They travel better on some materials than others, but performance is best with a conductor covered in a dielectric material. As with wires, these surfaces can carry high bandwidth, are secure, do not cause interference, and require little power. But as with wireless communication, physical contact is not required.

Janice Turner and colleagues at Roke Manor Research of Romsey, U.K., have developed a Zenneck wave demo unit. This can transmit high-definition video over a length of conductor covered with dielectric with a bandwidth of up to 1.5 gigabits per second. Because Zenneck waves do not extend far from the surface there is no interference with electronics and no frequency-licensing issues as there are with other radio-frequency systems. Turner says that tears or breaks in a surface do not cut the connection, making it more robust than wiring, and it’s inexpensive to manufacture.

One of the first applications for Roke Manor’s waves is likely to be onboard communications on aircraft and satellites. For example, sensors embedded in an aircraft wing could easily communicate with a central computer via surface waves that travel along the wing and fuselage. Satellite components could send data to each other at high speed without the need for complex connectors. Ships are another likely market, because their metal walls block wireless communication.

Turner’s team is also looking at wearable wireless gadgets. A lapel camera or a pulse-sensing wristband could connect to a smartphone in your pocket. Such gadgets already exist, but communicate with a phone via Wi-Fi or Bluetooth. This approach has lower power requirements and higher bandwidth, Turner says. They have also had enquiries about using surface waves to recharge devices wirelessly, and this is possible—in principle.

Meanwhile, surface waves are also proving valuable for long-range radar, like the new High Frequency Surface Wave Radar (HFSWR) that the defense contractor Raytheon is developing. Some of the first radar operated via surface waves, and the U.S. Navy used surface-wave radar in the 1950s, but the technology ultimately lost out to other types—in particular, the sky-wave radar in which the signal is reflected back from the ionosphere.

However, normal radar has a serious limitation: It operates within line of sight, which makes objects close to the surface difficult to spot. This is why airborne radar was developed, to prevent intruders from slipping in below the radar. But maintaining continuous radar coverage from the air is expensive and requires a lot of manpower.

Surface-wave radar provides an alternative, because the signal clings to the sea surface and follows the curvature of the earth. Tony Ponsford, technical director for HF Radar at Raytheon Canada, says that that latest version can track ships at about 230 miles from land. (The surface waves work best over a conductive surface, so this type of radar has a much longer range over salt water than over fresh water or land.) Raytheon is building the device for the Canadian government to help manage the country’s exclusive economic zone, a region that extends to that distance out to sea. It will undergo operational evaluation later this year.

Raytheon’s HFSWR incorporates a number of features to operate safely in the crowded high-frequency band. If it detects another signal on the same wavelength, such as a radio transmission, it automatically switches to a different wavelength. Raytheon says its patented set of algorithms removes clutter so shipping can be picked out more easily.

This type of radar can be used to track cargo vessels, watch for illegal trawling or dumping, and help with search-and-rescue operations. It can also track smugglers, as it is capable of picking up small go-fast boats. It can even detect icebergs; although obviously nonmetallic, they create a disturbance that shows up “like a hole in the sea,” Ponsford says.

Beyond what Raytheon and Roke Manor are doing in the field, there is also some classified military work on surface waves. Some of this appears to be focusing on covert communications, using the unique properties of surface waves to send a signal that cannot be intercepted, over either land or water.

Although scientists have known about them for more than a century, these are in some ways still early days for surface waves. They have so far been exploited in only very limited ways compared to other forms of radio wave, but that may be set to change. Perhaps Tesla’s faith in surface waves was simply a sign that he was ahead of his time.