THE LEARNING CYBEREALMS… Tomorrow’s Learners
Need Cadres of Catalysts to Start the Trends.
by Ron O. Cook
In case you have not noticed, our civilization is already into the Future — we are the Jetsons.  In the year 2015, things will be very different from the rock-n-roll generation of the 1960s, especially in the realm of socioeconomic expediencies that result in an improved marketplace. Those days are long gone.  September 11, 2001 not withstanding, the War on Terrorism is impactful, but not the total driver of tomorrow land or any other land.  To be succinct, we will need a whole new attitude to create the economic structures of this Future — we will need the aid of the “altruistic catalyst” to make the jump to an advanced world of higher minds. Without advanced mentalities we will certainly face an unbelievable doom.
Altruistic catalysts are presently nowhere to be found if one looks at the same old opinion leaders that frequent the information float in TV land not to mention the Grid or Net.  They are looking for new opportunities that do not need altruists.  The change agents are elsewhere — hidden away to await their moments in destiny’s mix, to take action and join the old experienced ones in powerful new projects that normalcy and every day living tends to overlook. Catalysts are tucked away in the classrooms, the hallways, and the promenades, waiting a signal to jump into a project that will point to a new way of doing life.  Now is the time for them to awaken and spring forth.
Catalysts are willing to do work for no apparent gain other than to buoy up fellow humans.  Real catalysts, also known as champions to the old “In Search of Excellence” crowd, are the precursors of amplified change — change on a macro level, larger than any we have ever seen.  A bonafide catalyst knows that Earth is merely a pedestal into the vast frontiers of the universe.  Their vision is gestalt (holistic) as they scan the horizons of potential for any little gap that could expand exponentially into a new world city. Entrepreneurs would do well to find these deep thinkers and give them a leg up on the newly appearing Human Horizon.
Today, the world is at the top of civilization’s greatest crest wave waiting for a cadre of catalysts to initiate new reactions to the chemistry of our present social mix.  Their vision will go beyond the present views of today’s entrepreneurs to the establishment of larger-than-life systems (Macros) that will address all parameters of the human-intellectual-utility. This new entity will dedicate the first beachhead on the shores of the Burgeoning Universe.  While we muse over the early dreams of NASA, bigger projects that involve mega-education, a voyage into the manifesting mindscape, are awaiting to be discovered by the catalytic thought of tomorrow’s Brainstorming Leadership.
One such project would be a universal idea like the New World City project to be built in cyberspace online.  The scope of this project is massive (includes all human knowledge) and necessary to cope with arising trends that could destroy or create civilization anew.  The first steps to address the feasibility of this concept are already in progress due to a few of the first cadre of altruistic catalysts.  They need more catalysts to join and help create the master plan that could point this part of the universe toward the Golden Age of Being and Building the new Becoming. 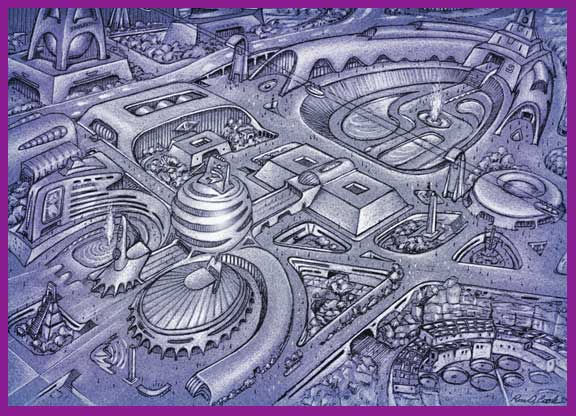 When my father slipped into his fifties and moved toward his sixties, I noticed a change in him.  He became a catalyst to new ideas for a little town called San Angelo.  My mom joined him and together they set out to change some things.  Now we are moving toward that same point in life, and it is time to build a bridge for society’s children and grandchildren over to the new world city through efforts beyond expectations.  We will be unchanged by our efforts, but our prodigy will mentally gain new dimensions due to our exertions.  It is time to stretch our selves in order to seal this contract with destiny. We must kick in the afterburners and create our dreams.
Who will step forward and put his/her selfishness aside and join those of us who live online to create the most gargantuan human university of knowledge (spanning all time) in cyberspace or any other space. Our world is growing beyond the scope of our past.
If we could blend the benefits of a socioeconomic plan that creates and melds with the ingredients of International business and Super-technological learning, then we would be on our way to solving the problems that are currently manifesting in our world’s schools — the knowledge base.  Our world’s educational system is inherently welded with the socioeconomic system/s of the Global Village — each nation benefits if we are leading edge in our thinking.  The Earth needs the TURBO CHARGE OF A NEW DREAM MACHINE for its students and our educational learning future. 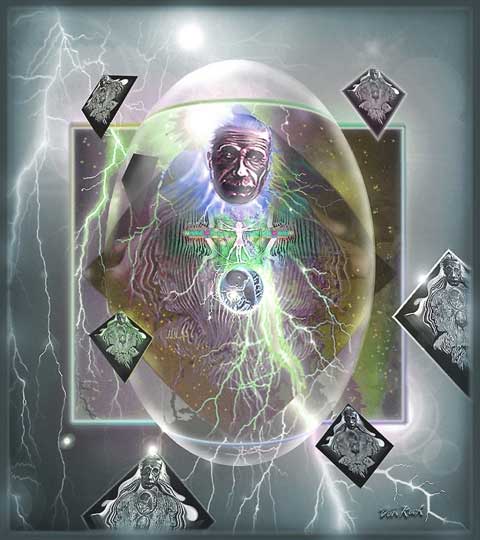 We must think on a higher level, and build an equal-access, educational technopolis within the realm of an Internet, Intranet or a World Wide Web that is interactive, integrated and capable of supporting the highest in Virtual Reality Simulation experiences for a new form of learning. This intellectual city in cyber-space would be the greatest assemblage of technology, science, ecology, anthropology / archaeology and other fields of experimental research, to ever be dedicated to human psycho-cognitive endeavor.  It could be the Hollywood, Smithsonian or NASA of learning accessible by all who could pay the bare minimum.  It could be mandated that every student represented by the United Nations, have some access to attend this EDUTAINMENT SCHOOL (center for learning while entertained).   At/In New World City, they would receive the courseware-surge of programmed, creative and gestalt learning experiences.  The popular XBOX 360 video gaming concept would seem like a visit to the earliest arcades in comparison to the multidimensional programming and unbelievable creative-gestalt graphics that would support the New World City — the technopolis of knowledge and wisdom.
Students could cyberly attend the New World City’s socially-interactive classrooms, have constant access to simulation computer/s, and would participate in the various sections of a massive learning program that would provide simple to multilevel learning. 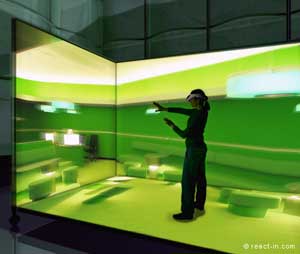 Learners could also gain knowledge on their own and at their own pace.  If a student wanted more, funding for additional programs could come from studio agreements with the UN’s educational tax agreement (to Come).  Any part of a learning experience could be repeated if certain levels or credits were needed before the next level.  The student’s technopolis experience would be individually programmed to fit each participant’s abilities, inclinations, needs and personality profiles. 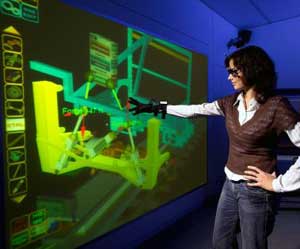 States or national curriculum could be written to incorporate a communications curriculum that would interface with the NWC educational experience.  Because our children would have to attain “street-smarts” in the New World City, they would learn to face the world on their own and comprehend the excitement of being responsible.  The process would build a more mature person…one who could lead the Earth into the 22nd Century.
To have access to such an advanced facility dedicated to helping our nations evolve toward higher ordered thinking would be a boon not only to our educational ascendancy but also to our economic power.  This cyber-complex could house exhibits of leading edge, up-to-date products, services, research and inventions for all disciplines. Entire replicas of archaeological sites and natural history displays would entice future scientists to create new jobs. 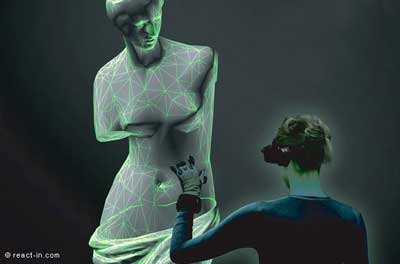 Each corporate exhibitor would educationally demonstrate his or her wares in cyberspace. The learning cyberpark would be the seat of integrated information processing and distributor of the latest teaching/learning materials and resources to the schools the Earth.  The developer/s of NWC could be the network/utility distributor for updated database products and services.  The site could house research facilities for institutions, foundations, and universities from all over the world.  Government funds, corporate and institutional grants and gifts would surely play a large role in the development of its funding.
Such a New World City would have to represent the very best in creative programming, engineering, scientific development, and master direction for relevant human interface and creativity. Creativity is the Key here to inventing new products and services for a burgeoning universe.  NWC would be in a state of constant updating within the trends and conditions of the sciencesphere and socioeconomic reality.  For that reason, the learning experience would be the kick or turbo-experience of a child’s life.  All students, if they participated in every gestalt learning curriculum, would be exposed to numerous areas (fields) of learning and creative endeavor, so that by multi-graduation they would be pointed to a future profession.  The Edutainment Park, held virtually online in 3-dimensional output, would also be open to all who wanted to just have fun learning leading-edge concepts and could buy learning packages to support adult programs.
With technology and computer power growing exponentially beyond human ability to comprehend, the above concept will become a reality due to market demands.   With all this in mind, who in education, business and the sciences, will go for the prized output and be the catalytic father/mother of the new age of educational delivery systems.   This union of synergistic conceptualization in cyberspace could provide our world with a beacon to follow into a phase-II advanced civilization.  We need to put our money where the minds are being created as potential for a new world built on mental merit.  The beacon for these new minds could shine from our New World City and spread through the nations to amplify this reality.
Some say the Net is already the New World City. It lacks organization and goals. A program must be developed and systems must be placed to pull the extremes together in a universal curriculum. Can We Do It? Find the catalysts and we are there.
Post Views: 379