Scientists have determined the temperature near the Earth’s centre to be 6000 degrees Celsius, 1000 degrees hotter than in a previous experiment run 20 years ago.

This item of news in Science and various newspapers seems not to have attracted a great deal of notice. And yet it is surely of the most profound significance. This means that the centre of the Earth is equal in heat to the corona of the Sun.

Our Anthropogenic Global Warmists have for more than a decade now preached that Carbon Dioxide is the enemy; that emissions of Carbon Dioxide must be cut at all costs. According to them it is these emissions in the atmosphere that are causing dangerous global warming and climate change. Even some Sceptic scientists generally agree that the more CO2 in the atmosphere the more warming will result, although such results may be trifling.

It is on the basis of this so-called settled science that Ed Davey and his predecessor, Chris Huhne, proceed. Anyone who questions this is a ‘denier’. Well, Mr Davey, count me in – I am an absolute denier. I deny utterly and forthwith that Carbon Dioxide in the atmosphere can in any way cause – and cause is the operative word – Global Warming.

Carbon dioxide (chemical formula CO2) is a naturally occurring chemical compound composed of two oxygen atoms each covalently double bonded to a single carbon atom. It is a gas at standard temperature and pressure and exists in Earth’s atmosphere in this state, as a trace gas at a concentration of 0.039 per cent by volume.
As part of the carbon cycle, plants, algae, and cyanobacteria use light energy to photosynthesize carbohydrate from carbon dioxide and water, with oxygen produced as a waste product. However, photosynthesis cannot occur in darkness and at night some carbon dioxide is produced by plants during respiration. Carbon dioxide is produced by respiration of all living organisms. It is exhaled in the breath of humans and land animals. CO2 is also produced by combustion of coal or hydrocarbons, the fermentation of sugars in beer and winemaking and It is emitted from volcanoes, hot springs, geysers and other places where the earth’s crust is thin and is freed from carbonate rocks by dissolution. CO2 is also found in lakes, at depth under the sea and commingled with oil and gas deposits.

I do not deny that Global Warming takes place. On the contrary it is as evident to me as it is to every man in the street, that as the Sun rises the Earth warms, and equally as the Sun sets the Earth cools. The Globe warms more in the Tropics than in the Poles, simply because of the angle of incidence of the Sun. And since Earth’s axis is tilted to its orbital plane (23.5 deg) so we have seasons. While it is summer in the UK it is winter in New Zealand.

All this warming and cooling is as obvious as the fact that night follows day. And it has been obvious long before Al Gore made his famous film suggesting a correlation between temperature rise and increasing Carbon Dioxide in the atmosphere. All at once governments throughout the world took notice and began to fund Universities to find the ‘human fingerprint.’ Not to mention that this was a wonderful way to extract even more taxation from the unscientific and un-lettered man. 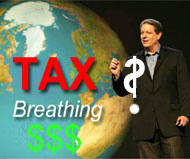 In spite of the fact that those scientists who were not inclined to be bought pointed out the obvious error in the film, namely that warming precedes emissions of Carbon Dioxide and that the rise is a result of warming, not a cause. We all know that 97.1% of atmospheric Carbon Dioxide is produced by Great Nature, principally from the oceans, which are a huge repository. But also the geysers of this world throw tons of CO2 into the air, and the amount that is thrown up by volcanoes is unquantifyable. 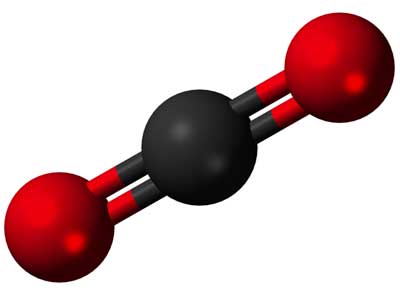 Ball-and-stick model of the carbon dioxide molecule, one of the most important chemical compounds in the world – vital for life as we know it…

Nowhere do we see any attempt to blanket the oceans; nowhere is there any attempt to stop the geysers. Why? For the obvious reason that Great Nature provides most of this same Carbon Dioxide into the atmosphere for a very good reason. Every Biologist knows that green plants thrive on Carbon Dioxide and produce Oxygen for us as a by-product. Without the great carbon cycle all life on Earth would soon be extinct, not just mankind but all the animal kingdom as well. 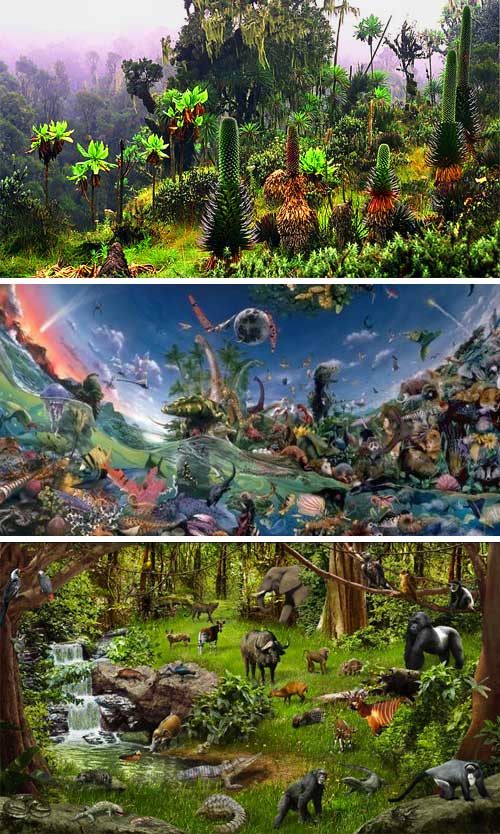 In spite of the fact that this is well documented there are still demented clowns who wish to eliminate the emissions of Carbon Dioxide that emanate from human endeavours. This is being done at enormous expense and with utter fatuity, preying on the ignorance and stoking up the hysteria of the masses.

Happily for us all while Carbon Dioxide levels have apparently risen the Globe has not warmed unduly, the seas have not risen as the doom-sayers forecast, polar bears are thriving and there is no sign that climate is changing anywhere other than is the norm. The whole hysterical nonsense is seen to be a fraud perpetrated on a populace in order to make a few people rich at the expense of the many.

In order to justify the enormous amounts that have already been spent there are still world leaders, Presidents, Prime Ministers and so on, who still declare that they are fighting against ‘climate-change’ in order to satisfy the same said hysteria, little realising that they have been rumbled, and the quiet majority know that the supposed crisis no longer exists and was never a crisis in the first place. Carbon Dioxide is not and never was a pollutant. The whole shebang was an almighty scam. 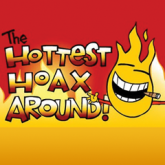 What then of the Arctic? This is a favourite of the man-made global warmers. Troops are sent from the BBC to produce documentaries to show the ice breaking up, or the calving of glaciers. Nor is it explained that the ice breaks up seasonally, and that the calving of glaciers shows that these same glaciers are advancing, not retreating. All this misinformation is also taught to children, so they are indoctrinated early, at the same time if anyone questions they are branded as Sceptics and accused of spreading ‘misinformation’ as will doubtless happen to me. 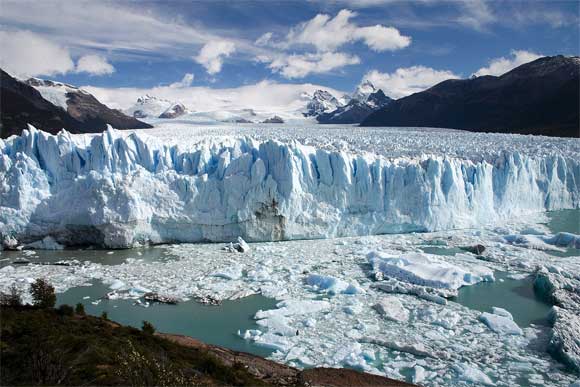 The temperatures in the Arctic even in mid-summer barely rise as high as 5 degrees Celsius, insufficient to melt thick sea-ice, even though some argue for ‘sublimation’, the change from a solid state to a gaseous state without passing through a liquid state. Well! Well! There may be some truth in that, but there is a much more likely explanation for the seasonal melt and the subsequent freeze and that is warm water.

It is very evident that huge ocean currents such as the Gulf Stream, and others, flow up from the warmed waters of the Tropics, assisted by those winds that blow away from the equator. This is something that I have argued before.

But now let us return to the Earth’s core, which has now been found to be some 6,000 degrees centigrade, 1,000 degrees hotter than previously estimated, and equal to the heat deriving from the Sun. What does this mean? 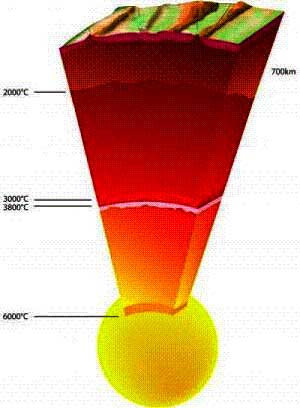 It means almost certainly that the great oceans of the world are warming up. This would account for any loss of sea-ice, which incidentally would not cause a rise in sea levels, and would also account for a rise in atmospheric Carbon Dioxide. Hah!

And since we know that the temperature of air declines by 2 degrees for every 1,000 feet of altitude, we know already that cold Carbon Dioxide at altitude cannot possibly warm the Earth below, as that would defy the 2nd Law of Thermodynamics. And as for Back Radiation, Climate Sensitivity and molecules rubbing against each other in excited Brownian motion, all these wiseacres are seen to be what they are – a defiance of the 2nd Law!

Once again Great Nature has the last laugh and those who see it as their business to spread doom and despair have been caught with their pants down. How long will it take for them to see how ridiculous their antics are?

More Articles by this author >>