According to hypothesis of British authors Alan Butler and Christopher Knight, and French author Sylvain Tristan,  megalithic civilization of Britain and Britanny, France used  366-degree geometry (also called megalithic geometry).  This geometry, whose origin is claimed to go back to c. 3,000 BC, would have used a 366-degree circle rather than a 360-degree circle as we do today.

Alan Butler also asserts that 366-degree geometry has been materialised on the Earth by what he terms Salt Lines – 366 meridians and 183 parallels crisscrossing the globe at regular intervals (the equivalents of modern-day 360 meridians and 180 parallels).

According to Sylvain Tristan, most of the world’s capital cities or sanctuaries of late prehistory and antiquity are located on the course of Salt Lines: it includes Stonehenge, Avebury, the Ring of Brodgar and Skara Brae (both of which are located on the 60th Megalithic parallel), Babylon, Assur, Niniveh, Thebes, Abu Simbel, Harappa, Mycenae, Athenes, Hattusa, Alesia, Teotihuacan (20th Megalithic parallel), Chichén Itzá, Tiwanaku and Caral. According to the author, such a situation challenges probability laws and can hardly been explained away by chance only, and thus is the result of some common knowledge held by the Megalithic civilisation that might have spread to different parts of the globe.  Tristan also thinks that the Salt Lines Prime Meridian could have been the Jordan River, a river that approximately flows in a north-south direction and along which numerous Megalithic sites from the 4th millennium BC are to be found. Although no solid link has ever been established between Megalithic sites of the Middle East and those of Europe, the Megalithic people are known to have been sailors. It is also known that the first phase of Stonehenge dates from c.3100 BC. Tristan claims that Stonehenge was positioned so as the number of degrees between the monument and the prime meridian be an integer. 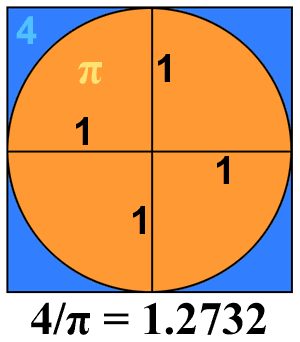 French author Sylvain Tristan suggests that the numbers 366, 40 and 10 are not only fundamental to the Earth, the Moon and the Sun, but also to the human body and to water. In the water-based Celsius temperature measurement system, which is directly linked to base-10 numeration, the average human body temperature is 36.6 degrees, whereas the temperature of water at its maximum density is 4.0 degrees Celsius  (water is less dense when it turns into ice (solid state) at 0° C). 36.6 x 10 = 366 and 4 x 10 = 40.

THE BOOK THAT MIGHT CHANGE YOUR VISION OF THE WORLD FOREVER

Sylvain Tristan’s novel “The Divine Number” is now available on Amazon.com and Amazon.co.uk 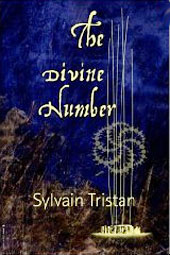 In this video Sylvain Tristan briefly talks about his latest novel, “The Divine Number.” Available on Amazon.com and Amazon.co.uk

In this video Sylvain Tristan, the author of the novel “The Divine Number,” talks about number …2732 – the reciprocal of 366!
(1/366 = .002732). This number mysteriously recurs in the physics of the universe, the Moon and the Earth, water and the human body. Mind-blowing facts about our world…

In this video Sylvain Tristan, the author of the novel, talks about what is called in the book the “Divine Triad,” i.e.numbers 366, 40 and 10, which recur both in 366-degree geometry and in the physics of our world.
The author doesn’t really think these numbers are “divine,” yet they appear to be encrypted in the physical fabric of the Earth, the Moon, the Sun, temperatures, etc. It is probably one of the world’s greatest mysteries.

Sylvain Tristan teaches English in a secondary school in Chambéry and at the University of Savoy in the French Alps. He has also lived in New York and Moscow.
His first book, “Les Lignes d’or” (“The Golden Lines”), was published in France in 2005. In this essay he argues that all of the world’s ancient capitals are located on Earth meridians and parallels belonging to the age-old, 366-degree geometry rediscovered a few years earlier by his friend and fellow writer Alan Butler.
In his second essay, “Atlantide, premier empire européen” (“Atlantis, First European Empire”), published in 2007, Tristan contends that the myth of Atlantis is based upon the reminiscences of a real civilisation of sailors — the Megalithic civilisation.
His first novel in English, “The Divine Number,” was published in 2012. In this thriller set in England and France, the author sums up his ground-breaking discoveries, and reveals new, mind-blowing facts about the Earth, the Moon, the Sun, and the human body.
In his latest essay, “The Gum Buk” (“The Grand Universal Mystery Book”), the author argues that humankind will survive only when Earth-dwellers have all agreed on acknowledging the existence of a Grand Universal Mystery which both transcends science and religion.
Sylvain’s new book, a novel entitled “The Divine Number”, has been available on Amazon.com since last May. This book is a fictitious story using both his previous discoveries and new, mind-blowing facts about ancient history and the physics of the Earth and the universe.
His latest book is about the greatest mystery of all mysteries, that of our origins and the creation of the universe. It is called “The Gum Buk” or “The Grand Universal Book“: 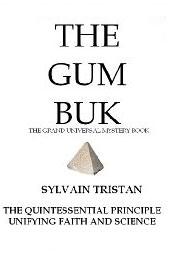 Science and religion are two coins with both a bright and a dark side. In this age where scientific progress has led us to the atomic bomb, dissension between science and faith, or discord between the world’s different religions, can potentially lead us to extinction. How can humankind hope to survive that?

Simply stated, pure science and religion lead to two distinct ways that look irreconcilable: faith leads to God, while science leads to GUT, the Grand Unified Theory of the universe.

In this book Sylvain Tristan will show you there is a third way: the way to GUM, the Grand Universal Mystery which transcends both religion and science. Acknowledging GUM might well be the common philosophy of life that will finally unite us all in the not-too-distant future.