Who wants to eat crap? Yet every day we are all force-fed – we are forced to swallow Climate crap.

Let me ask you a question.  What is Carbon? Do I insult your intelligence? Carbon is a very abundant element of the Periodic Table. It is a chemical element like lead, like hydrogen, like Oxygen. Yet, scientists everywhere and scientific journalists of all kinds inundate us with bilge – we are all forced to eat climate crap. Let me prove my point.

In the UK is the climate in Yorkshire the same as in Lancashire, separated as they are by the Pennines? No, their climates are as vastly different as is the character of a Yorkshire man and a Lancastrian.

Let us travel a bit farther afield. How would you compare the climate in Sydney, Australia, with Invercargill on the south of South Island, New Zealand? They have climates as different as chalk and cheese. And what about Moscow? How does it compare with Jakarta in Indonesia? Jakarta is amazingly hot and humid, which is hardly the case with Moscow.  How does Delhi, India, compare with Lhasa, Tibet? The former is insufferably hot and the latter insufferably cold.

I could go on and on, just to labour the point. There is no such entity as a Global climate, so that all talk of fighting Climate Change is just so much gibberish and an assault on the English language. And as to trying to halt the multiple changes in millions of microclimates by cutting emissions of a trace gas, it is laughable, risible, and pitiful.

The trouble is that our kids and our grand kids have been force-fed a lot of garbage for so long, so that when a little hobgoblin from Sweden begins to regurgitate such rubbish she gains as much notoriety as Joan of Arc.

Any half intelligent person will know that there are 29 major climate systems in the world and hundreds, nay millions of microclimates. Ask any Meteorologist, who is not afraid that he might lose his job, should he speak truth.

The scientists cannot deal with clouds, so they are fixated on a very minor gas that is only 0.04% of our atmosphere and claim Carbon Dioxide is absorbing infrared. Well that is a joke, isn’t it, since just about every substance under the sun absorbs infrared, including all of you, my friends. Only Nitrogen and Oxygen in the atmosphere are transparent to infrared. Only Nitrogen and Oxygen are the exceptions to the rule.

So the theory goes that Carbon Dioxide traps heat and therefore makes the whole world hotter. If we don’t stop emissions we will all be extinct by the end of this century, so the theory goes. We must stop the Global temperature from increasing by more than one and a half degrees centigrade. Hullo! Do any of you guys know the Global temperature today? Has it been broadcast on CNN? No, it has not, nor has it been broadcast on the BBC in England. Why not? Answer: because there is no such entity. It is garbage, it is crap, it is ordure.

Heat is not a substance. You can trap a Polar Bear, but in no way can anyone trap heat, since heat is defined as a transfer of kinetic energy from one system to another. Anybody here caught a transfer of energy?  Has anyone ever in the history of mankind trapped heat? Nobody. We can generate heat in a variety of ways, but heat by itself always flows from hot to cold – that is law conformable. However hard we try to insulate a house, say, with lagging, with double-glazing, the heat that our boilers generate simply slips away.

Who is responsible for all this crap, this climate crap? Who was it that started the idea that the world was getting hotter and hotter, while we know that the sun is burning out and that the whole solar system is inching away from the Sun? Ok, it will take a few million years yet, but Al Gore’s Inconvenient Truth becomes more and more inconvenient. The claims that the Globe is getting hotter and hotter become ever more strident. I have to say it – it is the ex Vice President Al Gore who is largely responsible for the hysteria around the climate crap. Do you like eating crap? As for me, I cannot stomach it. 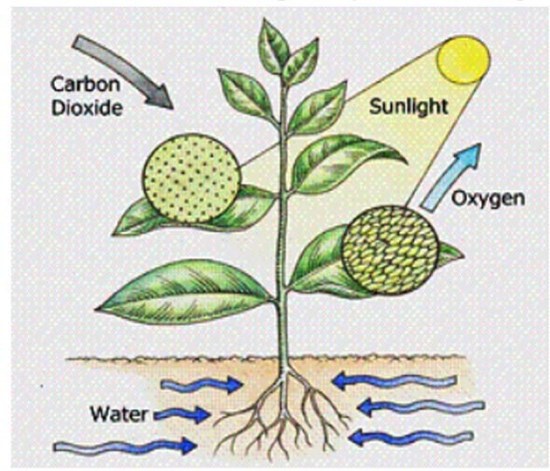 Now here is a delightful and simple illustration, entitled Photosynthesis. What do we know about Photosynthesis? We know that green plants feed on Carbon Dioxide in the atmosphere and produce for us humans and all the animal kingdom Oxygen. We cannot live without Oxygen. Therefore to demonise Carbon Dioxide which is food for green plants is the height of insanity. So I am a Green, but not one of those hysterical Greens who want to secrete Carbon Dioxide somewhere deep in the bowels of the earth. Can you imagine anything more self-destructive? It is like a blueprint for the annihilation of the human species.