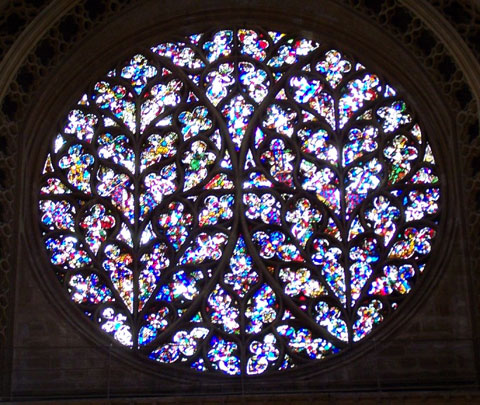 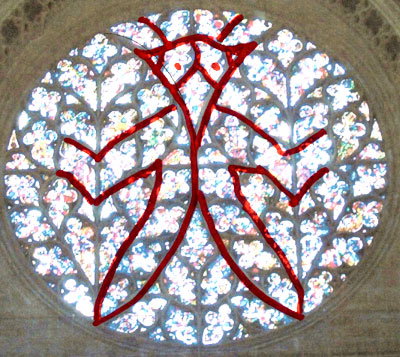 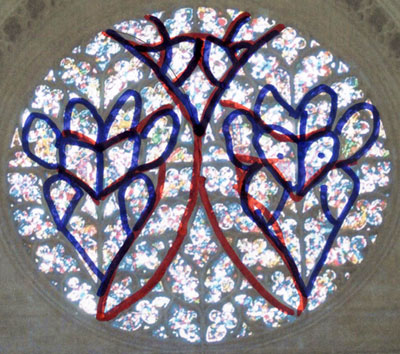 And again –  the Devil and his two imps

The Cathedral houses the infamous Lincoln Imp demon statue, the original tale telling of two imps sent by Satan to wreak havoc in the Minster, this remaining one being turned to stone by an angel, but the most curious legend tells us that the devil is still inside the Minster afraid to leave for fear of being blown away. 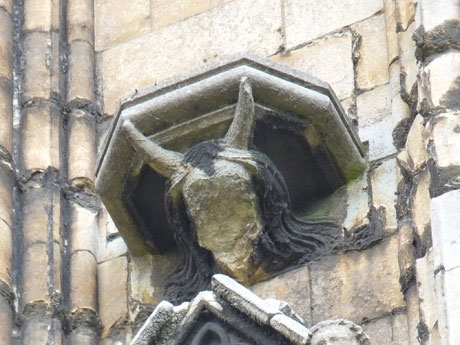 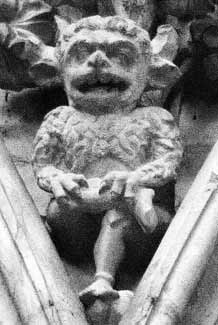 The Lincoln Imp inside the Cathedral

I have written at length about these controversies in my ‘Lincoln Cathedral – The Battleground of Light and Dark?’ elsewhere on the World wide Web, and since 2005 have undertaken the most exhaustive analysis of the psychology of symbols and architecture in the Cathedral and now remain convinced that these are the handiwork of the Collective Unconscious working through their unaware architects, this in turn giving birth to my ‘Lincoln Cathedral Code’ of which the conclusion was the discovery of a  location at a burial grounds opposite the SE corner of the Cathedral, whereby all implications suggest resides a hidden Knights Templar ‘treasure’ relating to the mysterious biblical figure of Mary Magdalene.

After the Cathedral rescinded having originally agreed to a GPR scan of the location in 2006, an unofficial scan of the ‘X marks the spot’ was conducted in April 2011 by a renowned Rennes-le-Chateau researcher and a German geophysicist, both still wishing to remain anonymous, which revealed that at the exact location under the existing marker tomb there is an anomaly measuring 2.50 metres x 0.70 metres and nearby, a metal object measuring 0.5 metres x 0.5 metres.

Since becoming aware of the Code, I have kept a close eye on out of the ordinary events drawn to the Cathedral, the first being the visit of Hollywood, no less, to shoot scenes for the movie version of Dan Brown’s ‘The Da Vinci Code’, a fictional search for the Grail whilst concurrently I was stumbling across what appears to be a factual exploration. In March 2010 another unexpected visit strangely brought us the only United Kingdom appearance of the golden chalice soccer World Cup which in itself might seem simply a treat for fans of the game but actually consolidated a triple Grail symbology as it was brought by helicopter to the Sincil Bank local football ground (the origin of the name Sincil is untraceable), the synchronised collection of blade and chalice, a sign and the seal – the helicopter being the blade and, phonetically, ‘Sincil’  pronounced as ‘sign, seal’.

On November 23rd 2011, an even more significant arrival put in an appearance, for 48 hours only. The mystical archetype of the Chartres labyrinth was chalked on the stone floor of Lincoln Cathedral exactly in the middle of both the opposing Light and Dark Rose Windows, at the area called the Crossing. (See my YouTube: ‘Chartres Labyrinth at Lincoln Cathedral’) Was this the Collective Unconscious at work yet again, resuming its Mind Games? The centre of the labyrinth is known as ‘The Temple of Jerusalem’ and, inexplicably, a mere three miles to the West of Lincoln Cathedral is the enigmatically named village of Jerusalem. With the transposed labyrinth standing in place here at a Cathedral notoriously considered a battleground of good and evil, the very deep psychological suggestion brought to mind the biblical prophecy we find in three texts in the book of Daniel, all within the literary context of apocalyptic vision. 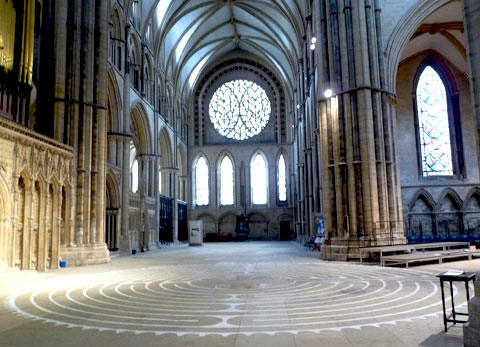 Using the lost Mother Tongue that has assisted me in my research over the years and of which the Templars may have had some knowledge, I took a close look at the word ‘Chartres’ and found that it is anagrammatic of the word ‘ratchet’. A ratchet is a bar that fits into the notches of a toothed wheel that allows continuous linear or rotary motion in only one direction, preventing motion in the opposite direction, and a ratchet wheel is a wheel with a toothed rim. The Chartres labyrinth (which looks like a brain and contains the word ‘brain’ within ‘labyrinth’) has four quadrants containing seven 180 degree U-turns equivalent to 28 directional changes. Lincoln Cathedral has 28 angels carved in the Angel Choir and discoveries in my Cathedral Code revealed the key number associated with the building to be 28. Has its appearance in the Cathedral activated some sort of alchemical ‘reversal’ in much the way as a ratchet can function? Can we hope that the flow of evil centred on the Cathedral is being challenged or reversed, or stopped from further progression?

There is much concern at the moment that the sun is reversing its polarity. Polarity tested in the sun has shown that a change is taking place and the same thing is happening to the earth. NASA scientists who monitor the sun tell us that its magnetic North pole now points South. Global magnetic fields of the earth have revered polarity many times in the past and a sudden twist in the poles of our nearest star could also reverse our planet’s poles too. Solar Poles exchange places at the peak of sunspot cycles. Aware of a correlation between sunspots and earthquakes, suggesting changes in the sun-earth environment can affect the earth’s magnetic fields that can trigger earthquakes in areas prone to it.

The key word in all of this is fast becoming ‘reversal’. Historically, Lincoln Cathedral suffered a catastrophic earthquake in 1185 which cleaved the structure in half, the tremors felt throughout England. In 1755 another earthquake was recorded as happening in Lincoln at 4.2, although clearly nowhere near the scale of the 12 century devastation. In 2008 a worryingly sizeable 5.2 quake shook Lincolnshire, epicentre Market Rasen, 31.8 miles North East of Lincoln, felt across England, Wales, Northern Ireland and perceptible in the Netherlands, Belgium and Northern France. Interestingly, in the days leading up to the quake, strange lights were seen in the sky. The best case of these ‘earthquake lights,’ caused by changes to the electrical properties of the ground, happened in 1976 at Tangshan, China, before a massive quake killed 240,000 people in the country. Is it just coincidental or is it a synchronicity that Tangshan happens to be Lincoln’s twinned town? 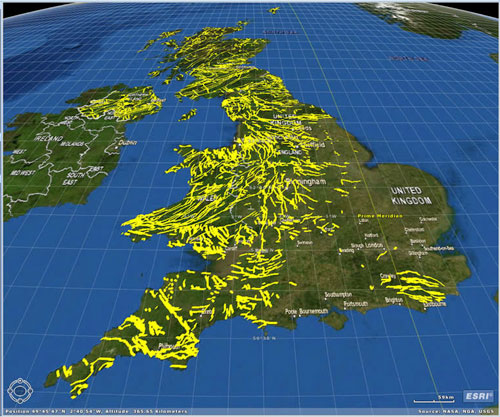 Roger Musson of the world famous British Geological Survey Centre told me, ‘Associating British earthquakes with faults is a vexed question. They occur at considerable depth (5-20km), so geological maps that show what faults occur at the surface are not much help.’ However, if an earthquake has struck Lincoln in the past, as we have seen, could it do so again, perhaps along the same fault? If we study the fault lines map of the United Kingdom we will see a small tear which, if not the Lincoln area itself, is too near to argue should severe seismic activity rear its ugly head.

Is there to be a ‘reverse’, in a sense’ of history, and a quake likely to strike again on the level of the devastation experienced in 1185? If it did, it could easily rend open the small burial grounds that faces the SE corner of the Cathedral where, under the tomb recorded as number 28, may hide the lost biblical treasure of the Templars.

Has the initial stages, the Abomination of Desolation, already set the wheels in motion?